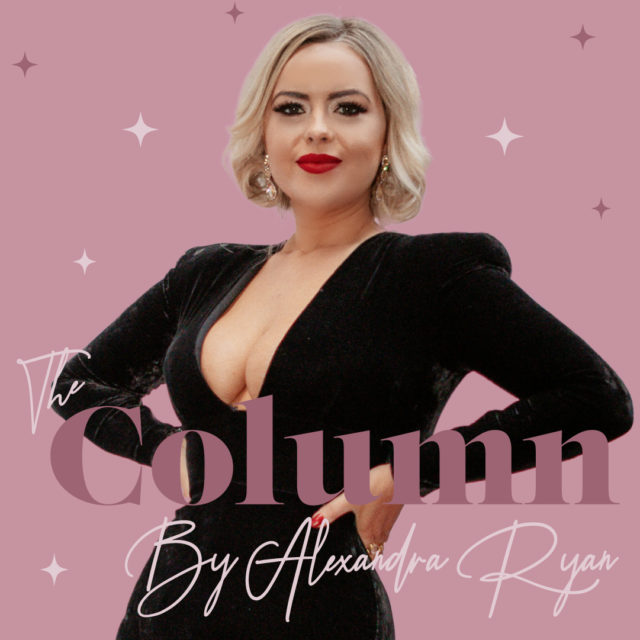 Apologies for my recent absence. I had to keep my head down and my emails off as I finished my year one law exams, so The Column was inadvertently put on hold.

But I’m back, and what a time to return, as we just celebrated Goss.ie turning 7 years old. Over the years I’ve been asked how the company started, what made me do it, what the reality of running a business is like, and whether I have any regrets.

So this week I’m going to tackle as much as I can by chatting through 7 things I’ve learned through 7 years of business.

1) You Have To Believe In Yourself No Matter What

This is the number one lesson I’ve learned and to be honest, it’s probably the most important one.

Pretty much every single entrepreneur I meet (even the billionaires) are absolute victims of imposter syndrome. None of us ever feel good enough, we constantly think we’re fooling everyone into believing we’re successful. I’ve yet to meet one entrepreneur who says they’re the shit and really means it.

Behind closed doors we’re struggling through sleepless nights, missing key moments in our personal lives, beating ourselves up over decisions that we made.

This is why at the core of an entrepreneur there has to be self-belief; belief in your business, your ability, and your dream.

Even if it’s buried beneath the breakdowns it has to be there somewhere.

I turned down one of my four offers to be bought out by saying “I’ll sleep in my car if I have to, in order to make this business a success”.

Thankfully I’ve never had to do that but honestly, I would have, because deep down I had a pure utter belief that I could make the business the success I know it could be.

Even when deals were lost, staff were gone and I had no idea where the next paycheque was going to come from, my belief never dwindled.

You would think that I would have known this one already going into the business, but to be honest I basically knew nothing about the realities of running a company, hiring people, and most importantly, getting paid.

I remember writing up our first-ever business plan, and the sales figures and profit figures I had in that chart are honestly laughable now.

I never took out a business loan, I’ve never even had a credit card, every cent we have earned has been our own, and a lot of times that caused huge problems.

Anyone who works in the media industry in general, be it a freelancer or a PR exec, will know that getting paid is one of the toughest parts of the job.

Multiple times we have been owed money for over 3 months, and at that stage, my cash flow projections turn to dust. Suddenly you’re left looking for new ways to get in last-minute deals so you can pay your staff and pay your rent.

One of the biggest lessons I learnt at the beginning of Goss Media was that no deal is ever done until the dotted line is signed, and you should never rely on a payment date.

Plan for the rainy days, plan for delayed payments, that’s the best advice I can give in that department.

3) Everybody Needs a Mentor 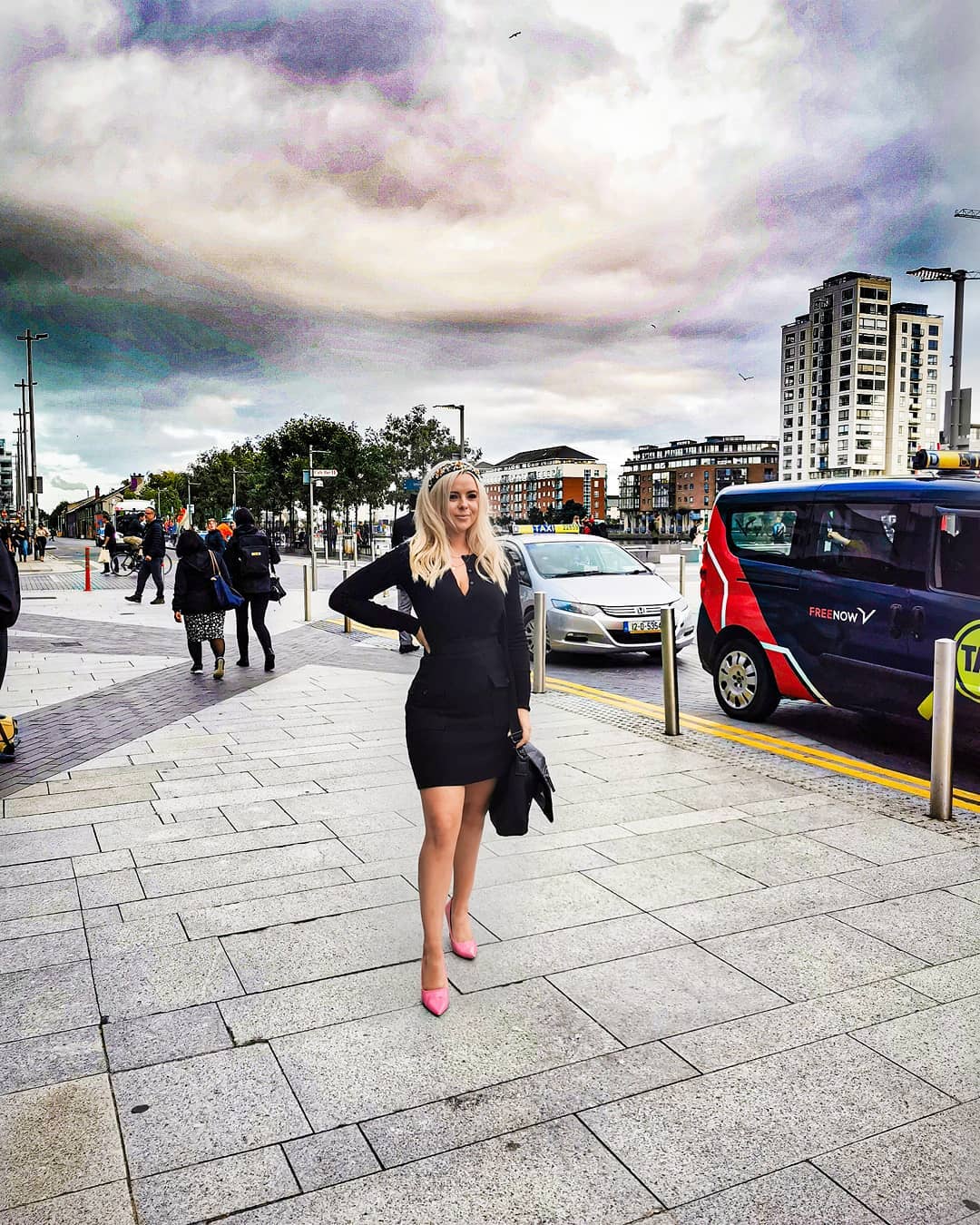 This might seem like a silly one, but anyone who owns their own business will eventually find out that it’s pretty damn lonely.

Your mates don’t understand your problems, and your loved ones don’t truly get what a “bad day” at work is when they might have had an argument with their boss, whereas you may have lost a 100k deal.

Throughout the years I have cultivated different friendships and mentorships with older, more experienced entrepreneurs. I will say it is difficult to find female entrepreneurs to talk to and trust but I now have a large group of male entrepreneurs that I go to all the time, and it has done me the world of good.

Especially when you run a business completely by yourself, it is so important to get another person’s perspective and get some solid advice.

I walked away from a sale offer because I went to my mentors for advice. You have to be able to admit that you can’t do everything yourself, and sometimes you need a steer in the right direction.

If you are looking to start your own business I would definitely recommend reaching out to someone you admire in the field you are interested in and get the mentorship started early.

This one is a lesson I have learned in life in general over the last 7 years, not just through my business, but it’s an important one to talk about.

We all have that little pain in our tummy, voice in our head and literal gut feeling that something isn’t right, and quite often we all ignore it.

In business, just as much as in my personal life I have had these gut feeling moments and I’ve let them slide too many times.

I’ve told the story a few times now about how I lost my favourite hairband after flying to New York to agree to the sale of Goss over three years ago.

When I landed home and realised my hairband was on the plane I told my mum “something isn’t right”, she thought I was mental but I turned out to be spot on.

Listen to your gut, listen to the universe if signs are flying your way, the only regrets I have in life involve not listening to my own intuition.

This is probably the lesson that has taken me the longest to learn, and the COVID-19 pandemic has helped me fully get to grips with it.

Ever since I started Goss.ie my business came first. It was more important than my relationships, precious time with my family, eating properly, getting a full night’s sleep…the list goes on and on.

It’s only over the last two years that I’ve taken a step back and I’ve started to look after myself properly.

I had heard so many successful people say that the worst thing that can happen to a business is the founder burning out, because without the leader where will a business go?

I kept convincing myself that working longer hours, putting in more time, giving up more important things, would make my business better and in turn make me happier, but it had the opposite effect.

This is something you will take time to learn because the reality is the first few years of any new business will be intense and time-consuming, but the older I get and the more mature the company becomes, the better I’m getting at making myself the priority.

I’ve seen too many people end up miserable and alone because they wrapped up their identity completely in their business, rather than cultivating personal relationships and prioritising their families.

So now I focus more and more on myself, my life, and what makes me truly happy, outside of my business. The happier I am the better condition the company is in, so it’s a win, win.

6) There Will Always Be Someone Trying To Take You Down 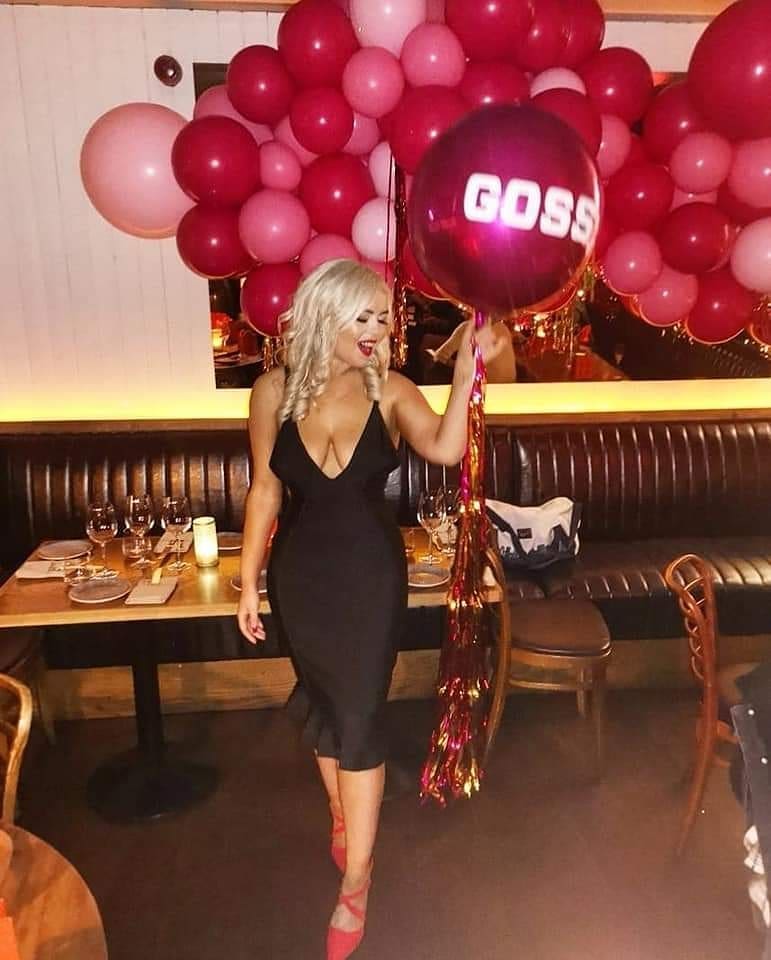 Two weeks into setting up Goss.ie in 2014 I had already received two very threatening legal letters.

I was 24, working off a €120 laptop, and only had enough room for three little desks in my office, but for some reason two of the biggest media companies in the country felt threatened enough to threaten me.

Luckily enough I understand media law more than most, so although I was upset I wasn’t frightened. One call from my lawyer and both company’s backed down. But I had to learn a lesson very quickly. There will always be someone out to get you.

The more we grew, the more exclusives we got, the bigger events we got to, the more commercial deals we got, the more of a threat we seemed to be. This didn’t just translate to competitors sending legal letters, but it meant that a lot of people in the industry really weren’t a fan of me.

Over the years it’s something I’ve just got used to. There are industry “friends” I genuinely haven’t spoken a word to since I launched Goss 7 years ago.

Since launching I’ve had people steal our stories, steal our clients and even poach our staff, but once you accept that the more successful you are the more of a threat you will be, you get used to it.

Just remember that imitation is a form of flattery, and know that if people are scared of you it means you are doing something right.

This one is a bit controversial because some would say that it takes real courage to walk away from something that isn’t working. While I do understand that attitude my belief is always try, try and try again.

This lesson is wrapped up in lesson number one. You have to always believe in yourself and equally, you need to always have hope.

I’ve heard so many stories about entrepreneurs who were just about to walk away from their businesses when a deal of a lifetime came along, or companies that let go all of their staff, only to start again and sell for millions.

The biggest opportunity for your business could be just behind the next corner, the deal that could turn your dream into a reality could be behind the next door. Even if every other door was slammed in your face, you still need the hope and belief the next one could be different.

This is how I have always looked at things, and it has brought me to this very moment.

Doors were closed, opportunities were lost, money was non-existent, but I still held out hope.

Even if it all turned to sh** tomorrow I would still have no regrets. I’m happy I kept going when things were tough, and I’m glad I kept believing.