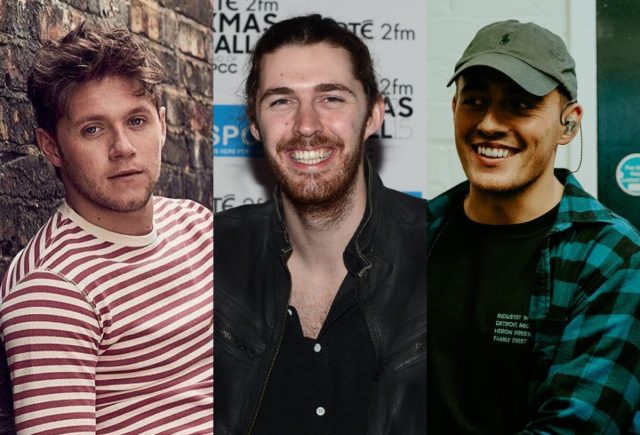 The coronavirus pandemic has sadly shut our venues and cancelled our concerts for the foreseeable future.

But thankfully, a number of artists have taken to social media to perform for their fans sitting at home.

So if you’re looking for some musical therapy, we’ve listed 10 amazing concerts that were live streamed on social media this month.

Dermot Kennedy went live on Facebook to perform some of his most-loved hits.

The Irish musician chatted to his fans, and said, “I’m gonna do a bunch more of these, it feels good to play music for you.”

He also had some encouraging words for those struggling at home: “It seems like a long time to sit at home, but it is short in the grand scheme of things and it’ll be worth it”

Hozier performed a live gig from his home to support the Global Citizen & the World Health Organisation’s #TogetherAtHome series.

This aims to promote solidarity during the coronavirus pandemic, and will raise funds for the World Health Organisation.

Hozier even surprised his fans with an amazing cover of Toxic by Britney Spears.

Pop sensations Camilla Cabello and Shawn Mendes performed a garden gig for the #TogetherAtHome series to raise awareness and funds for the World Health Organisation.

The pair began with a romantic cover of Kiss Me by Ed Sheeran.

The couple, who have been dating since last summer, adorably revealed “we sang this song when we were younger, so we’re going to do it again – older and not wiser.”

4. Christine and the Queens

Christine and the Queens also performed a virtual concert for the #TogetherAtHome series.

The French singer is famous for her contemporary dance moves – which she showed off during her home video.

Another #TogetherAtHome concert, this time by John Legend.

The singer/songwriter took to his piano and impressed his fans with his stunning vocal abilities.

His famous wife, Chrissy Teigen, also made a hilarious appearance during his virtual concert.

The 34-year-old plonked herself down on the keyboard wearing a towel and turban with a glass of rose in her hand.

Showing his support for the #TogetherAtHome series, Niall Horan performed an acoustic set from home.

“I think humans generally like to be in control, we are very out of control right now,” the Irish singer told fans.

Encouraging his fans to respect social distancing rules, Niall also said: “Now is not the time to be hanging out with your mates.”

Chris Martin is the man who launched the#TogetherAtHome series for the World Health Organisation and Global Citizen.

Missing the rest of his band, Chris explains, “I was supposed to be with the band Coldplay today, from which I come, but they are stuck in different countries so we cant play together.”

The 43-year-old admitted, “I’ve never done this before so I’m a bit nervous, I apologize.”

8. Olly Alexander from Years and Years

Olly Alexander is another star who went live on Instagram for #TogetherAtHome.

At the start of the video, he said, “I hope you guys are being socially distant and staying at home, I’m at home in my flat in East London.”

The normally confident singer admitted he was “really nervous” to be singing for fans on Instagram, but still put on an incredible show.

Picture This got together and performed a live online concert for #TogetherAtHome.

Lead-singer, Ryan Hennessy, told fans “obviously [the concert] is for an amazing cause, it’s not just because we’re bored it’s because we want to help as best we can, isn’t that right fellas?”

The Irish band fittingly replaced the words of their biggest hit Take My Hand to “Wash Your Hands” during their virtual concert.

Finally, for #TogetherAtHome, One Republic performed their biggest hits from their studio.

“We are out on actual quarantine lock-down and we’re trying to perfect social distancing,” said lead singer Ryan Tedder.

He also admitted, “I’m going to try to get through this, I barley have a voice this morning.”