The best Christmas movies and TV shows to watch on Netflix 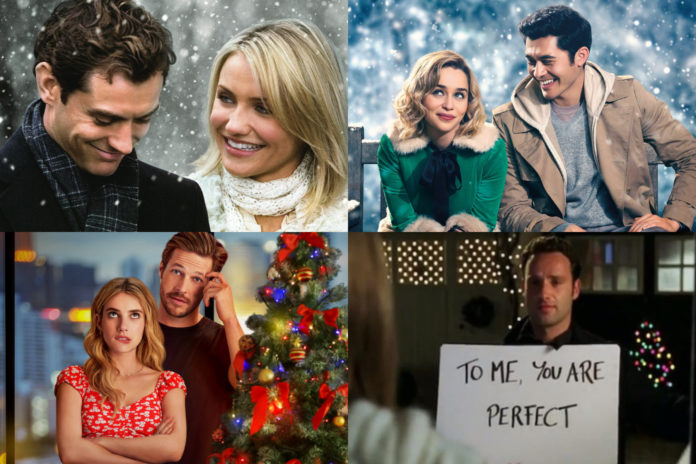 We’ve rounded up a selection of the best Christmas films and TV series that are available to watch on Netflix right now.

So make yourself a hot chocolate, get on your festive jammies, and cosy up with these festive flicks.

Single All The Way

Desperate to avoid his family’s judgment about his perpetual single status, Peter (Michael Urie) convinces his best friend Nick (Philemon Chambers) to join him for the holidays and pretend that they’re now in a relationship.

But when Peter’s mother (Kathy Najimy) sets him up on a blind date with her handsome trainer James (Luke Macfarlane)— the plan goes awry.

This 2003 rom-com is one of our all-time favourite Christmas films.

Featuring a star-studded cast, it follows eight London couples who try to deal with their relationships in different ways.

Their tryst with love makes them discover how complicated relationships can be.

Influenced by ambivalence, an aspiring singer named Katarina (played by Emilia) works as an elf in Central London. However, she gains a new perspective on life when she meets Tom (Henry Golding).

Steve and his new neighbour, Buddy, try to outdo each other in decorating their houses for Christmas.

An office Christmas celebration gets out of control after Clay, the branch manager, throws a party to impress a client and retain his branch and employees from his sister.

The romantic comedy follows two women who swap homes for the holidays to get away from their relationship issues.

However, their lives change unexpectedly when they both fall in love with local men.

Christmas With The Coopers

The Coopers and their extended family are about to have the best Christmas Eve celebration ever, until unexpected events and visitors turn it into a total mess.

The comedy film follows a dysfunctional family and their holiday-season reunion as four generations reluctantly try to get along for just one day.

Emma Roberts and Luke Bracey star in this festive film with a twist, about a couple of strangers who hate Christmas.

After constantly finding themselves single, sitting at the kids table, or stuck with awkward dates during the season, the duo make a pact to be each other’s “holidate” for every festive occasion throughout the next year.

Despite assuring themselves that they have no romantic interest in the other, they end up finding out that sharing everything they hate may just prove to be something they unexpectedly love.

Vanessa Hudgens stars in this 2018 Christmas romantic comedy, which sees a duchess switches places with an ordinary woman from Chicago who looks identical to her.

As well as swapping lives, the women also fall in love with each other’s beaus.

The sequel film sees Vanessa Hudgens reprise her roles as lookalikes Stacy and Margaret, with the new flick adding a third character for the actress to play.

In the second instalment to the Christmas romantic-comedy, Margaret’s lookalike cousin Fiona shows up with her own agenda, as she attempts to claim Margaret’s crown.

When a priceless relic is stolen, Queen Margaret and Princess Stacy enlist the help of Margaret’s audacious look-alike cousin Fiona who teams with a dashing, mysterious man from her past to retrieve it… rekindling the sparks of a tantalizing Christmas romance and resulting in a very unexpected switch.

From the producer of Home Alone and Harry Potter, The Christmas Chronicles follows siblings Kate and Teddy Pierce, who hatch a scheme to capture Santa Claus on Christmas Eve.

When the plan goes awry, the kids join forces with Saint Nick and his loyal elves to save the holiday before it’s too late.

In the two years since Kate and Teddy saved Christmas, a lot has changed.

Cynical teenager Kate decides to run away from home after a new addition to her family, but is pulled into a new adventure with Santa Claus after the North Pole faces a major threat.

Jack Whitehall: Christmas With My Father

Jack Whitehall gives us a glimpse into what Christmas with his Father Michael is really like.

The popular baking series is back with a festive twist, following a host of talented bakers who compete to create the best Christmas goods.

From Christmas tree cakes to Nutcracker-inspired designs, these creations put our gingerbread houses to shame.

Season 1 and 2 are on Netflix now.

This new Christmas series follows a cynical boy and an optimistic girl who trade dares, dreams, and desires in the notebook they pass back and forth at locations all across New York City.

The eight-part romantic comedy sees a special appearance from the Jonas Brothers, who take to the stage in the snowy Big Apple to perform their Christmas song ‘Like It’s Christmas.’

Working alongside his trusted team of “elves”, Mr. Christmas will help deserving families prepare for the most wonderful time of the year by giving their homes jaw-dropping makeovers.

Bradley will give viewers tips and advice to take their home decorating to the next level, showing off dazzling light displays and fabulous Christmas trees.

But when his trusted apprentice steals his most prized creation, his granddaughter takes a long-time forgotten invention to heal old wounds and reawaken the magic within.

This feel-good musical film tells the story of the strength of family and the power of possibility.

The first film follows an aspiring young journalist is sent abroad to get the scoop on a dashing prince who’s poised to be king.

After falling in love and getting engaged, the sequel to the film A Christmas Prince: The Royal Wedding sees the couple prepare for their big day.

In the third and final instalment so far, The Christmas Prince: A Royal Baby brings the couple the ultimate Christmas prince, a baby on the way.

Getting you into the festive spirit, this feel-good Christmas film tells the story of a tradition that started in 1952 that serves as a training mission for the U.S. Air Force.

Operation: Christmas Drop sees where gifts and supplies are parachuted to residents of remote neighbouring islands.

Dolly Parton’s Christmas on The Square

This holiday musical features 14 original songs from the one and only Dolly Parton.

The film follows small town “Scrooge” Regina Fuller (Christine Baranski) as she’s visited by a rhinestone-bedazzled angel (Dolly) who guides her on a musical journey of redemption.

Kelsey Wilson is about to have her big break, after being asked to plan her cousin’s lavish and exclusive wedding for Christmas Eve.

However, her world turns upside down when she meets a handsome private investigator, in a Christmas romantic comedy.

Paul lies to his opponent that the play will be turning into a Hollywood film, leading to a hilarious family flick.

Nativity 2 is also on Netflix.

To inherit her father’s company, heiress and socialite Ellen must first visit his small hometown, where she learns the value of hard work and helping others.

When a snowstorm strands her at the town inn, she discovers the true gift of Christmas.