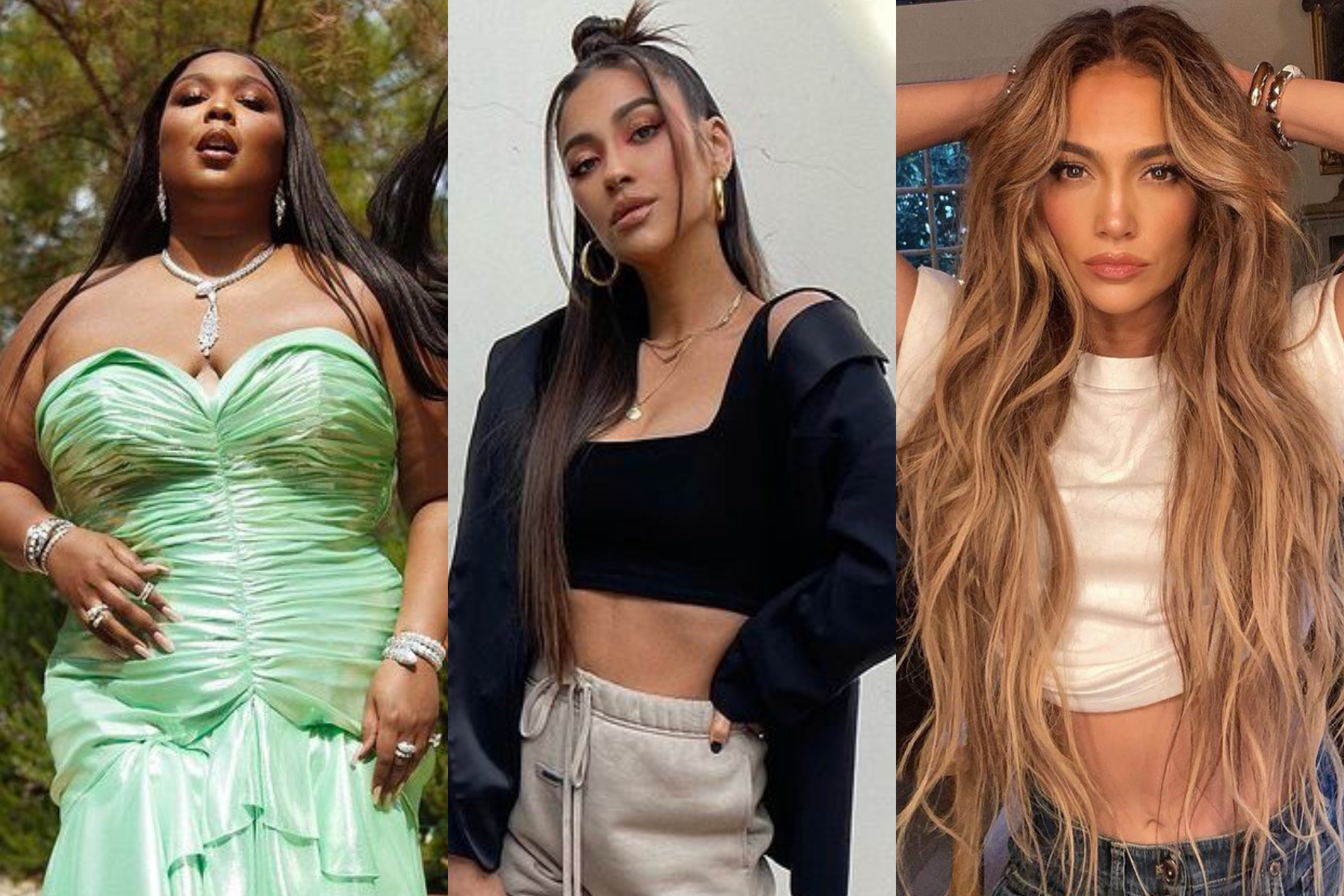 TikTok has become the sole form of entertainment for millions of people during the lockdown, with many trying out viral recipes, dancing to the latest trending tracks and creating hilarious content.

The popular app has even become a favourite with A-lister celebrities, who post exclusive content for their followers on the app.

We have rounded up the top stars on the social media app that are a MUST follow:

Lizzo has taken the TikTok world by storm, accumulating over 13.9 million followers.

The star posts everything – she sings, she dances, she promotes body confidence, she tries out new food, and she hilariously reacts to other users videos.

Earlier this month, Lizzo shared some epic content prior to her GRAMMYs hosting gig, doing a viral dance in her stunning green gown.

Jason Derulo has a whopping 44.1 million followers on TikTok thanks to his creative content.

As well as videos with his girlfriend Jena and A-list celebs like Will Smith, the singer revealed a secret talent on the app – he’s an amazing chef!

Fans have questioned how Jason maintains his strong physique after seeing the dishes he makes – which have included a cotton candy sandwiches and a chocolate pizza.

@edwestwickI’m challenging you to stitch this video, use the hashtag ##StitchEd so I can see your submissions and I’ll be reacting to some of my favourites♬ original sound – Ed Westwick

Gossip Girl star Ed Westwick joined TikTok in February, and made a debut with a bang.

The actor started his own challenge by paying homage to his character in the popular show, Chuck.

Despite only joining the app last month, Ed has already raked in over 2.4million followers.

Shay Mitchell is one of the best celebs on TikTok, pulling out all the stops for viral challenges and keeping her 5.7million followers entertained over lockdown.

The Pretty Little Liars star has nailed transitions and voice-overs, with her acting skills paying off for her hilarious videos.

The mother-of-one has even got her baby girl Atlas involved in the antics, sharing an adorable video of the one-year-old strutting.

Kylie Jenner sent fans into a frenzy after partaking in an adorable challenge with her daughter Stormy, where she left her in front of a bowl of treats to test her patience.

Aside from the cute trend, Kylie also uses the app to relive some of her famous siblings most iconic moments on Keeping Up With The Kardashians.

The reality star turned businesswomen has 27.5 million followers and 279.6 million likes on her account.

Jennifer Lopez recently shut down rumours she split from her fiancé Alex Rodriguez in the BEST way – via a TikTok video.

In the video, the singer included a series of headlines about the reported split, while Saweetie raps: “I ain’t worried ’bout a blog or a b**ch.”

The New York native then cut to a clip of herself, saying: “You’re dumb.”

The self-professed “King of TikTok” Lewis Capaldi has claimed he is one of the apps “biggest stars”, where he shares videos about his fame and his quest to find love.

The Scottish singer shared his words of wisdom for those struggling to find the one, giving his advice of “what girls say that guys love.”

After being absent from the app for months, Lewis made his highly anticipated comeback in December, and it was worth the wait.

Liza Koshy is one of TikTok’s OG members, creating an account back when it was called musicly.ly.

Therefore, it is no surprise that the YouTube star is a pro on the app, sharing hilarious videos that are just what we need during lockdown.

Liza has 26.5 million followers and a whopping 317.9 million likes on her popular account.