The first time I ever went to the West End – I saw Wicked, and it was one of the best experiences of my life.

I remembered the performances so perfectly over the last 10 years, my heart was in my mouth the whole way through every song, every dance, every word.

So when I heard Wicked was landing in Dublin’s Bord Gais Energy Theatre, I knew I had to relive music, the intensity and of course…the magic.

Thankfully the touring cast did not disappoint. 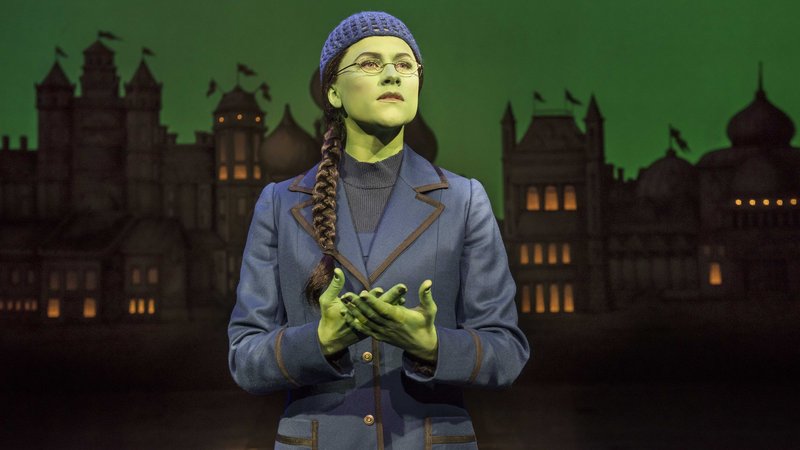 The re-telling of the Wizard of Oz from a very different point of view is not only full of mystery and humour, but the performances from the leading cast will literally blow you away.

It’s easy to see why this Broadway and West End show is still running fifteen years on, with multiple awards to its name.

If you’ve never seen Wicked before, you will love the back story to the two witches of Oz, with a sprinkle of Dorothy in there too.

From the infamous Defying Gravity to the hilarious performance of Popular, there really is something for everyone in Wicked.

With spell-binding songs from Amy Ross as Elphaba, you will be under the spell of her stunning voice, and stand-out performance.

Helen Woolf plays the ditzy and hilarious Glinda, who will keep you giggling as you go.

And you will also spot a familiar face, Eastenders star Aaron Sidwell, who plays the dashing Fiyero in the show.

I have seen some of the biggest and best musicals in the world, but Wicked is still my number one. And while it’s on your doorstep for the summer, there’s no excuse.

Take an evening out of your busy life and embrace the world of OZ.

Tickets are priced from €25.00, and despite a seven-week run, tickets are already selling out.