New TV shows and films to watch on Netflix this weekend 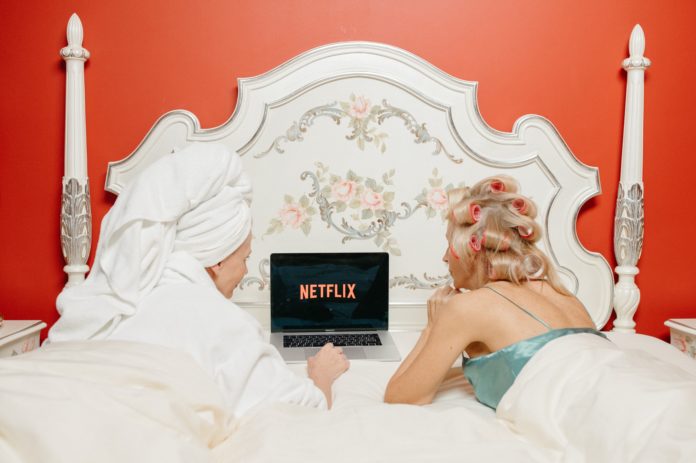 Need something new to watch this rainy weekend?

Netflix have added a host of new reality TV shows, films, documentaries, and family flicks to their platform in recent days that you can binge on.

It’s the reunion we’ve all been waiting for…

After a dramatic fifth season, the cast of Selling Sunset got together last month to film a reunion special with Queer Eye’s Tan France.

They discuss the biggest storylines from the latest season and more during the reunion, which joined Netflix today.

They’re chatty. They’re shady. They’re secretly famous. They’re this season’s players — and all bets are off as they compete for the ultimate prize.

The first four episodes of The Circle season 4 are available to stream now on Netflix.

After influencing global events for centuries, a secret society faces a dangerous threat from within. Can a Canadian reporter save them — and the world?

This is the unbelievable story of Clark Olofsson, the controversial criminal who inspired the term “Stockholm syndrome.” Based on his truths and lies.

Bound by a dangerous secret, best friends Sarah and Kemi are forced to go on the run after a wealthy groom disappears during his engagement party.

A group of young adults attend a party on a remote island, but the supposed paradise they find waiting for them is anything but.

Along for the Ride

The summer before college, studious Auden meets mysterious Eli, and — on nightly quests — he helps her experience the carefree teen life she was missing.

Forced to reteam after a decade, two mismatched cops investigate a murder in a divided French town, where a wider conspiracy looms.

A veteran cop sees the chance to prove himself when murder and a stranger’s grisly torture plot shake the walls of a sleepy desert town.

Messy and mischievous Marmaduke has a big heart but can’t stay out of trouble! Does he have what it takes to shine in the swanky dog show world?

The writings and eyewitness accounts of wartime participants help trace the story of Europe’s liberation during WWII in this historical docuseries.

Hold Your Breath: The Ice Dive

Follow free diver Johanna Nordblad in this documentary as she attempts to break the world record for distance travelled under ice with one breath.

From the acclaimed producers of Erin Brockovich and Academy Award-nominated® director Kief Davidson (The Ivory Game) comes a gripping four-part documentary series that tells the story of ordinary people having the courage to do extraordinary things.

Meltdown tackles the near catastrophe at Three Mile Island nuclear power plant in Pennsylvania through the lens of chief engineer and whistleblower, Richard Parks, as well as the community it impacted.

Follow the adventures of baby lions, elephants, penguins, pangolins and more as they learn to navigate the highs and lows of life in the wild.

Octonauts: Above & Beyond: Season 2

Captain Barnacles, Kwazii and crew discover new environments and protect more critter friends as they hop around the globe on exciting missions.