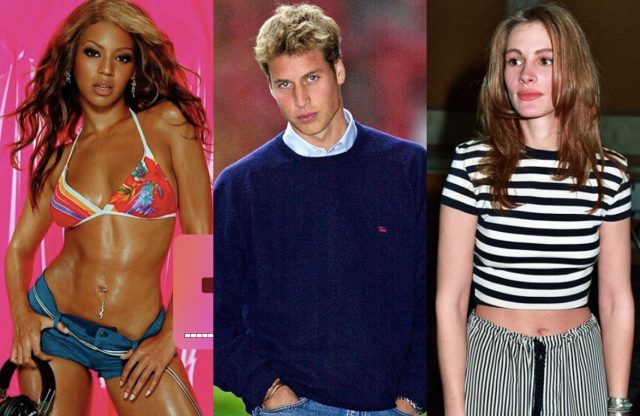 An Instagram account has gone viral for posting incredible throwback pictures of some of our favourite celebrities.

The account Velvet Coke has given us a glimpse back in time, as they’ve shared some unseen snaps of famous faces in their youth.

Since the account was created, it’s become extremely popular, and it now boasts over 400k followers.

Celebrities on the account include Princess Diana, Natalie Portman, Julia Roberts, Victoria Beckham, and many more. We’ve listed some of our fave posts below.

Amy Winehouse in her flat photographed by Karen Robinson.

This photo shows Amy before her beehive stage, and was taken in her apartment.

Tyra Banks by Antoine Verglas in 1993.

A fresh faced Tyra Banks can be seen posing in a gold swimsuit in the early 90s.

The photo was taken by French photographer Antoine Verglas.

Natalie was just 15-years-old at the time!

Cindy Crawford’s iconic Pepsi ad is instant summer mood 🔥 This ad from 1992 was named (no wonder why) the hottest Pepsi ad, ever. Featuring Cindy wearing a white tank top, high-waisted denim cutoffs and oh — THE hair. So 90’s so good. @cindycrawford

We loved this throwback to Cindy Crawford in her iconic Pepsi commercial from 1992.

It was named the hottest Pepsi ad ever, and she recreated the iconic advert for the 2018 Superbowl.

McConaughey went to Longview High School, where the yearbook photo was taken.

We barely recognised Enrique in this photo, with his long hair and abs.

The singer was only 19 years old at the time!

David and Victoria Beckham wore matching purple outfits for their wedding in 1999.

David and Victoria Beckham sure had a memorable wedding in their matching purple ensembles.

In case you didn’t know, the pair got married in Ireland – and the couple said ‘I do’ at Dromoland Castle.

Kelly Brook at the premiere of “Snatch” 🎀

Kelly went for an extremely risqué outfit for the premiere of the film ‘Snatch’ in 2000.

Wearing a barely there pink dress by Julien MacDonald, the skimpy ensemble even revealed part of her bum.

We love this shot of Sofia Vergara in her early years as a blonde.

The Modern Family star was filming on the beach for a 1990s Columbian TV Show.

Did you know, while shooting these iconic Calvin Klein ads, Kate Moss and Marky Mark didn’t enjoy each other’s presence at all? Read more in my weekly column collab with @interviewmag “I had a nervous breakdown when I was 17 or 18, when I had to go and work with Marky Mark and Herb Ritts,” Moss told Vanity Fair.

Back in Mark Wahlberg’s modelling days, he posed for an iconic shoot with supermodel Kate Moss.

However, many fans will be surprised to know that Marky Mark and Kate didn’t get along at all during their shoot.