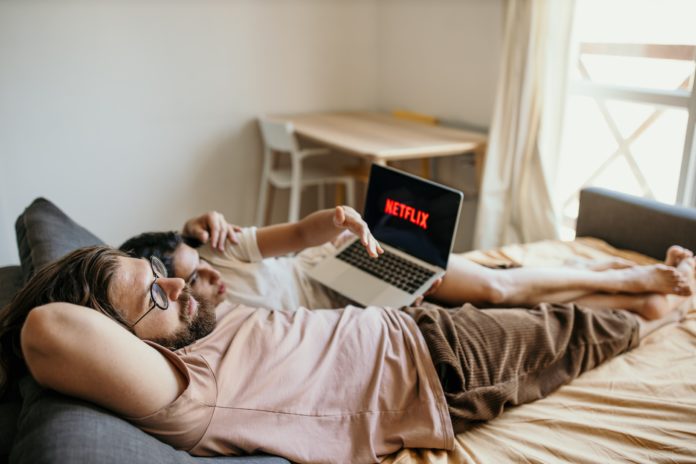 Looking for something new to watch on Netflix?

The streaming giant are adding a host of new TV shows and movies to their platform this week, including a festive rom-com and a film on the Royal Family.

Take a look at our top picks coming to Netflix this week:

Taking New York is a reality series about a group of young aspiring professionals from Britain, who document their struggles to build a successful career in New York City.

It joins Netflix on Tuesday, November 30.

Lead Me Home is a documentary short by Jon Shenk and Pedro Kos that captures homelessness from multiple perspectives.

This immersive, cinematic film personalizes the overwhelming issue by telling the real-life stories of those going through it.

It joins Netflix on Tuesday, November 30.

The Power of the Dog

It tells the story of a domineering rancher who responds with mocking cruelty when his brother brings home a new wife and her son, until the unexpected comes to pass.

The Power of the Dog comes to Netflix on Wednesday, December 1.

Single All The Way

Desperate to avoid his family’s judgment about his perpetual single status, Peter (Michael Urie) convinces his best friend Nick (Philemon Chambers) to join him for the holidays and pretend that they’re now in a relationship.

But when Peter’s mother (Kathy Najimy) sets him up on a blind date with her handsome trainer James (Luke Macfarlane) – the plan goes awry.

Single All The Way joins Netflix on Thursday, December 2.

Coming Out Colton tells the story of former Bachelor star Colton Underwood – who came out as gay earlier this year.

Princes of the Palace

This 2016 film takes a look at the British Royal Family’s princes, and their place within the Royal House of Windsor.

Featuring interviews with biographers and commentators for an insightful take on the lives of Philip, Charles, William, and Harry, Princes of the Palace joins Netflix on Friday, December 3.