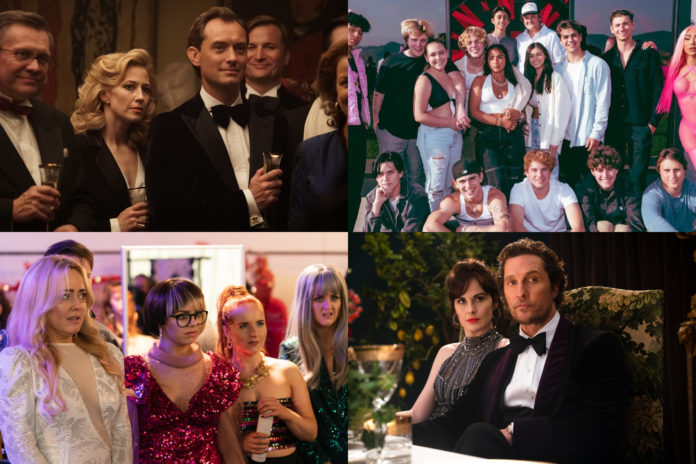 We’ve rounded up our top picks of movies and TV shows coming to the streaming giant in the next few days.

It’s about an American expatriate who became rich by building a highly profitable marijuana empire in London.

When word gets out that he’s looking to cash out of the business, it soon triggers an array of plots and schemes — including bribery and blackmail — from shady characters who want to steal his domain.

Life for an entrepreneur (played by Jude Law) and his American family begin to take a twisted turn after moving into an English country manor in this 2020 drama film.

It follows the stylists of a Dublin hair salon who become accidental vigilantes as they take on a local gang threatening their community.

Get an inside look at social media’s most talked-about stars as they navigate love, fame and friendship while creating content and living together.