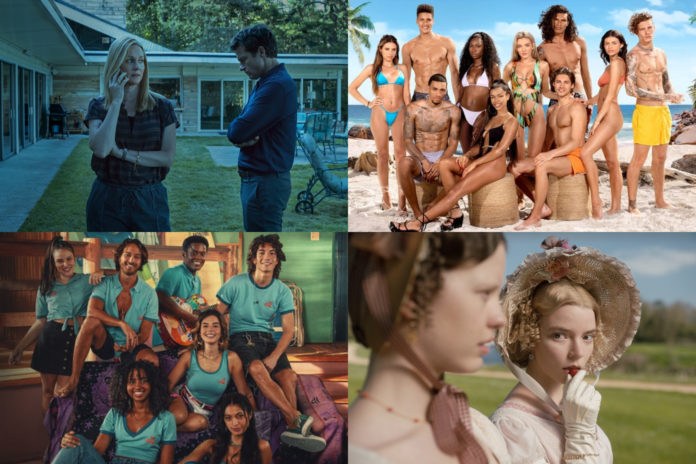 This week’s Netflix lineup is a good one!

Part one of the fourth and final season of Ozark joins the streaming giant this week, as well as a new season of hit dating series Too Hot To Handle.

Check out our top picks of films and TV shows coming to Netflix in the coming days:

This chilling series explores the story of Robert Freegard, who, over the course of two decades, controlled, conned and fleeced at least seven women and one man out of almost one million pounds, with his devious charm.

The Puppet Master: Hunting the Ultimate Conman comes to Netflix on Tuesday, January 18.

The new season of Too Hot To Handle joins Netflix on Wednesday, January 19, and this time, the stakes are even higher.

The show sees ten singletons move into a luxury beachside villa for what they think will be the sexiest vacation of their lives.

But soon after arriving, they discover they are banned from any kind of sexual contact in the hopes they will ditch their bad dating habits and form deeper, emotional connections.

The rules include no kissing, no heavy petting and no sex of any kind, and if they break these rules, they will lose some of the whopping $200,000 prize money up for grabs.

Isabella (played by Laura Marano) runs her own salon and isn’t afraid to speak her mind, while Prince Thomas (Mena Massoud) runs his own country and is about to marry for duty rather than love.

When Izzy and her fellow stylists get the opportunity of a lifetime to do the hair for the royal wedding, she and Prince Thomas learn that taking control of their own destiny requires following their hearts.

The 14-episode fourth and final season will be split into two seven-episode drops, with the first part dropping on Netflix on Friday, January 21.

A group of young adults working at a paradisiac resort live an unforgettable summer as they discover love, true friendships and devastating secrets.

Emma (Anya Taylor-Joy) is a self-proclaimed matchmaker who meddles in the love lives of her friends. Her misguided matches and romantic missteps lead her to find love that has been there all along.