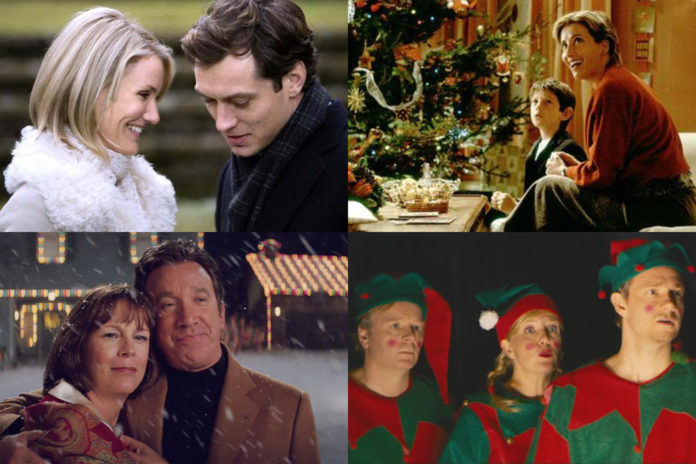 Ready to cosy up and watch some feel-good films this Christmas?

Amazon Prime Video have a huge selection of festive favourites on their platform to get you in the Christmas spirit.

Here are some of our favourites:

Christmas with the Kranks

This 2004 Christmas comedy that follows a family who decide they won’t be celebrating the festive season, instead planning a cruise in the Caribbean instead

However, this news does not go down well with their Christmas-obsessed neighbours set out to win the annual “best decorated street” competition.

Christmas with the Coopers

The Coopers and their extended family are about to have the best Christmas Eve celebration ever, until unexpected events and visitors turn it into a total mess.

The comedy film follows a dysfunctional family and their holiday-season reunion as four generations reluctantly try to get along for just one day.

Steve and his new neighbour, Buddy, try to outdo each other in decorating their houses for Christmas.

They play Amy, Carla and Kiki – who rebel against the huge burden of arranging Christmas for their respective families while dealing with a visit from their own mothers.

This 2003 rom-com is one of our all-time favourite Christmas films.

Featuring a star-studded cast, it follows eight London couples who try to deal with their relationships in different ways.

Their tryst with love makes them discover how complicated relationships can be.

The romantic comedy follows two women who swap homes for the holidays to get away from their relationship issues.

However, their lives change unexpectedly when they both fall in love with local men.

Paul lies to his opponent that the play will be turning into a Hollywood film, leading to a hilarious family flick.

Nativity 2: Danger in the Manger!

An anxious teacher starts a new job at an under-achieving school and quickly finds himself struggling to cope with a wild classroom assistant, a group of under-performing kids and his own very pregnant wife.

The pupils at St Bernadette’s primary school are on their best behaviour for the arrival of strict new teacher Mr Shepherd.

But when he loses his memory, it’s up to the kids to save the day.

An office Christmas celebration gets out of control after Clay, the branch manager, throws a party to impress a client and retain his branch and employees from his sister.

Fueled by cheap whiskey, greed and hatred, Willie Soke (played by Billy Bob Thornton) teams up with his angry little sidekick, Marcus, to knock off a Chicago charity on Christmas Eve.
Along for the ride is chubby and cheery Thurman Merman, a 250-pound ray of sunshine who brings out Willie’s sliver of humanity.
Mommy issues arise when the pair are joined by Willie’s horror story of a mother, Sunny Soke, who raises the bar for the gang’s ambitions, while somehow lowering the standards of criminal behavior.

This 2001 film follows a channel producer named Lucy who hires Nick to play Santa –  unaware that he truly is the real Santa.

Meanwhile, Nick is in desperate search of his successor since he is at the end of his 200-year career.

Ethan, Isaac and Chris are best friends who have celebrated every Christmas Eve together.
Things take a turn when Isaac and Chris decide to end their decade-long tradition.
Ad
Share
Facebook
Twitter
Pinterest
WhatsApp
December 24, 2021