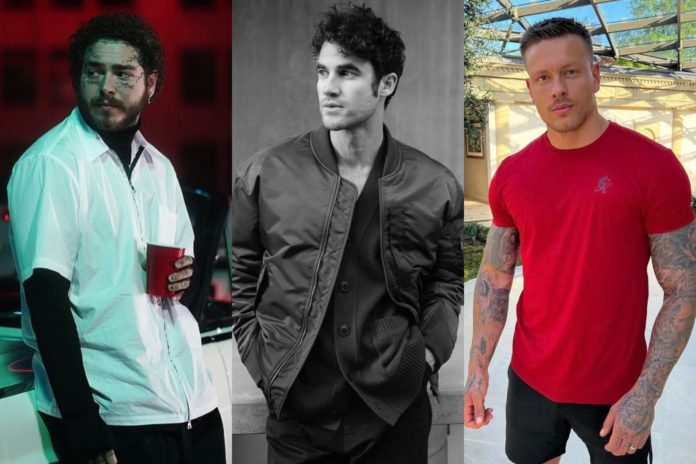 Six months into 2022 and there have already been many celebrity babies born.

In honour of Father’s Day, we’ve taken a look back on celebrities who have become first-time fathers this year so far.

In January, Nick Jonas and Priyanka Chopra shocked fans as they announced the birth of their first child via surrogate.

According to the birth certificate obtained by TMZ, the couple named their daughter Malti Marie Chopra Jonas.

In May, Nick and Priyanka announced they felt “blessed” as they welcomed Malti home after she spent over 100 days in the NICU.

Speaking on the Today Show, the 29-year-old said life had become “beautiful” since he became a dad, adding “She’s a gift. We’re just so blessed.”

incase you didn’t know, mia goth has a baby with shia labeouf pic.twitter.com/IWsWolAdxk

Whilst Shia LaBeouf and Mia Goth never confirmed the birth of their first child, photos published by Page Six showed the couple out for a walk with their newborn in April.

News that the couple were expecting their first child together broke in February 2022, when Mia was spotted debuting her baby bump while running errands.

Shia and Mia have dated on-off since 2012, after meeting on the set of Lars von Trier’s NC-17 drama Nymphomaniac: Vol. II.

The couple got married in 2016, but called it quits on their relationship just two years later, before rekindling their romance in 2020.

Darren Criss and his wife Mia welcomed their first child together on April 11.

The actor, who is best known for playing Blaine in Glee, announced the happy news on Instagram.

Darren proposed to his longtime love in January 2018 after seven and a half years together, and the couple tied the knot the following year.

According to TMZ, A$AP Rocky and Rihanna welcomed their first child together in LA on May 13.

The singer gave birth to a baby boy and their newborn son’s name is yet to be revealed.

The 34-year-old confirmed she was expecting her first child with the rapper in February, by debuting her baby bump while out for a walk in New York City.

The couple were first linked in 2020, before A$AP confirmed their relationship in an interview with GQ magazine in May 2021.

During an episode of The Howard Stern Show, the rapper subtly shared that he had become a dad, as he said that he “kissed” his “baby girl” before heading to the recording studio recently.

“That’s been on the QT [quiet] though? We didn’t know you had a daughter, right?,” Howard asked, to which the rapper affirmed the news.

Speaking to People in May, Post Malone said he was the “happiest [he’s] ever been” as he awaited the arrival of his baby.

Love Island runners-up Alex and Olivia Bowen announced the birth of their first child on June 12.

The couple shared sweet snaps with their newborn son to Instagram, Alex captioned his post “Abel Jacob Bowen, but you can call him AJ… The day our lives changed for the better 10/06/22.”

Alex and Olivia met during the 2016 series of Love Island and got married two years later in 2018.

The couple announced they were expecting a baby in a post on New Year’s Day, each of them sharing a photo featuring baby-related Polaroids.