Cast of Love Island Season 2 – Where Are They Now?

Ahead of the premiere of Love Island season 7, we have taken a look back at the cast of the second season of the show.

Five years on, here’s what some of the best loved Islanders from that season have been up to since.

The reality stars coupled up from the very beginning, and were a fan-favourite couple on the show.

The couple briefly split up in 2017, before rekindling their romance and welcoming their first child together that same year – a baby boy named Freddie-George.

In 2019, Cara and Nathan secretly tied the knot and the following year, they welcomed their second child – a baby girl named Delilah.

Olivia Buckland entered the villa on day one of the 2016 series, and had brief romance with Terry Walsh and Rykard Jenkins before couple up with Alex Bowen.

From there, Olivia and Alex’s romance grew from strength to straight, and they came second place in the show.

The couple tied the knot in 2018, and their big day was documented on their very own TLC show called ‘Olivia and Alex Said Yes’.

The reality stars now live in their dream home in Essex.

Olivia has gone on to achieve many business opportunities, including walking on the catwalk during London Fashion Week and presenting on This Morning, while Alex released his own fashion line – MVMNTLondon.

Kady McDermott entered the villa on day 3, and she quickly caught the eye of Scott Thomas – who was coupled up with Zara Holland.

Kady and Scott finished in 3rd place on the show, and dated for a year before splitting up.

The 25-year-old set up several businesses after leaving the villa, including a makeup line called ‘By Kady’ and a fitness website called ‘Body Goals By Kady.’

She is recently single again after splitting from TOWIE star Myles Barnett.

He is the brother of Emmerdale star Adam Thomas and Coronation Street star Ryan Thomas.

Since his Love Island stint, the reality star and his famous brothers starred in another ITV show called ‘Absolutely India’, in which they visited India for the first time.

Adam Maxted entered the villa on day 11 of the 2016 series, and was linked to many girls in the villa before settling down with Katie Salmon.

Adam and Katie came in fourth place on the show, but sadly their romance did not last long.

Adam has since continued with his wrestling career and in 2018, it was announced that Adam would appear on ITV’s World of Wrestling (WOS) under his wrestling name of Flex.

Katie Salmon entered the villa on day 34 of the series, and came in fourth place alongside Adam Maxted.

During her time on Love Island she made history with Sophie Gradon when they coupled up, becoming the first same sex couple to ever appear on the show.

The reality star has since launched a dance vlog YouTube channel, and recently moved to Dubai with her boyfriend Harry.

Zara Holland formerly held the title of Miss Great Britain before she signed up for Love Island in 2016.

She was stripped off her title after she had sex with her co-star Alex Bowen on the show, and quit the show days later due to a family illness.

In December last year, Zara hit headlines after she and her boyfriend Elliot Love were detained by officials at Grantley Adams International Airport for allegedly “trying to flee” the island after Elliott tested positive for Covid-19.

Zara pleaded guilty to one charge of breaching the Barbados’ Covid-19 quarantine protocol, and was fined £4k.

She began a relationship with barman Tom Powell while on Love Island, before coupling up with glamour model Katie Salmon – becoming Love Island‘s first same-sex pairing.

On June 20 2018, Sophie tragically took her own life following a cocaine and alcohol binge. She was just 32-years-old.

Almost a year after Sophie was found dead, another Love Island star Mike Thalassitis took his own life after consuming cocaine and alcohol.

Sophie and Mike’s deaths encouraged fans of the show to call for better aftercare for Love Island contestants. 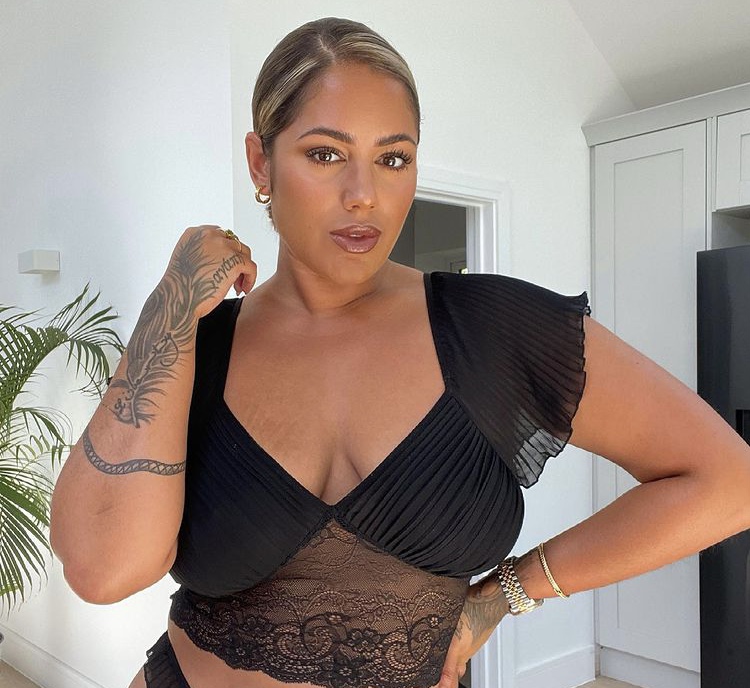 Malin Andersson was sent home from the show 25 days in, and famously saw her love interest Terry Walsh “cheat” on her while she watched on from home.

In 2019, the reality star revealed that she was a victim of domestic violence in a previous relationship – speaking bravely about the abuse she endured in social media posts.

Malin, who suffered a miscarriage earlier this year, recently confirmed her romance with a mystery man who she’s “known for years”.