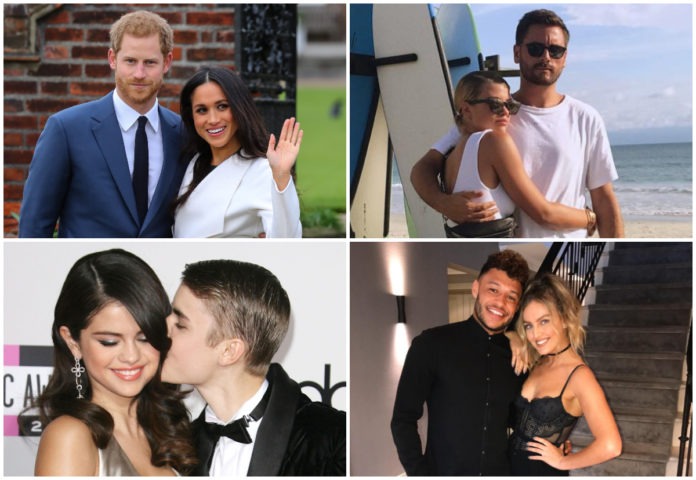 2017 has been the year of celebrity break-ups, with the dissolution of Anna Faris and Chris Pratt’s relationship, and many more a-list couples.

Although so many couples broke up this year, 2017 was also the year of celebrity hook ups.

With the rekindling of old flames, the sparks of new ones, and a royal wedding on the way, it’s safe to say that 2017 has restored our faith in true love.

We have compiled a list of the top celebrity hook-ups of 2017 with our favourites at the top.

One of the biggest pieces of news to hit us this year was the confirmation of a royal engagement between Prince Harry and ‘Suits’ star, Meghan Markle.

Rumours had been swirling since August that the pair were set to be married. In late November a official statement from Kensington Palace stated that the two were engaged. The public are now extremely excited for another royal wedding.

This engagement seems to be extra special as Meghan is not from a royal background herself, much like the Duchess of Cambridge, Kate Middleton.

This wedding will be held on May 19th, 2018 at Windsor Castle, and it will definitely be the biggest event of 2018, We are extremely excited!

Joe Jonas and Game of Thrones star, Sophie Turner, are definitely one of our favourite couples this year.

The couple, who first got together during the summer of 2016, revealed the extremely exciting news two months ago, that they are engaged.

The pair posted a photo on each of their Instagrams of the enormous rock on Sophie’s finger, to which the crowd went wild. We cannot wait for the wedding. 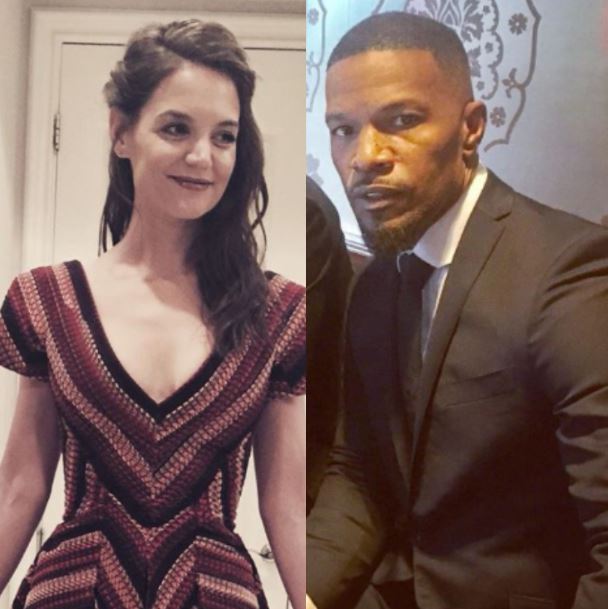 This couple is not a new one to 2017, but it is new to us, as their relationship was finally confirmed this year after years of romance rumours.

It was revealed this year that Katie was reportedly restricted in dating anyone publicly due to a divorce clause with her ex Tom Cruise.

We are so glad they they could finally break free from the clause and publicly come out as a couple.

Irish Love Island viewers were delighted to hear that our wonderful Laura Whitmore and Love Island’s Iain Stirling are a couple.

The couple confirmed the romance in August and have been posting many loved-up photos on Instagram.

Laura Whitmore is also set to host a new ITV show, which comes from the creators of ‘Love Island’ in the New Year.

This year Colin Farrell revealed that he is currently dating Kelly McNamara, the PA for U2’s guitarist, The Edge.

The pair have been dating on and off for the past two years, but Colin confirmed their relationship on the Ellen show earlier this year.

Brooklyn and Madison had a brief fling this summer, after he broke up with actress Chloe Grace Moretz.

The pair were spotted kissing after weeks of speculation that the two were dating.

The pair were spotted attending a party together, and when Chloe briefly relocated to Dublin to film a movie, Brooklyn was hanging around quite a bit.

The pair attended a Leinster Vs. Munster rugby match at the Aviva in October and looked very loved up. 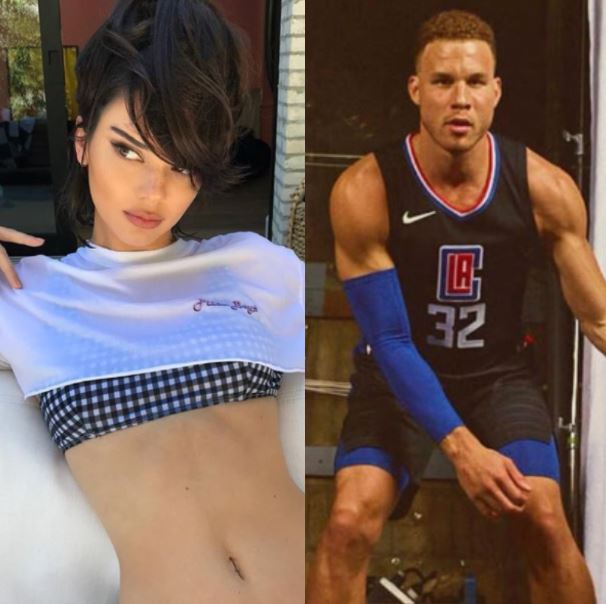 The KUWTK star and basketball player have been spotted on numerous occasions looking very close.

Although the romance is yet to be confirmed, we are confident that something is brewing between the two. 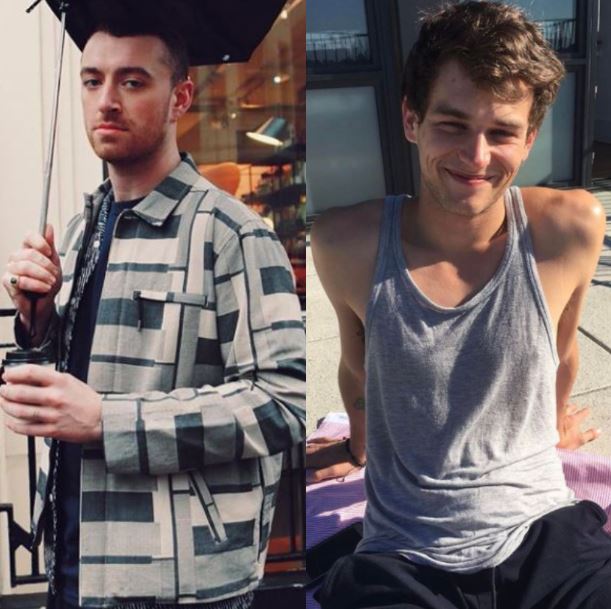 This was a great year for Sam Smith as he confirmed his romance with ’13 Reasons Why’ hottie, Brandon Flynn.

The ‘Too Good At Goodbyes’ singer is no longer lonely, and has reportedly said that he “is quite happy”. 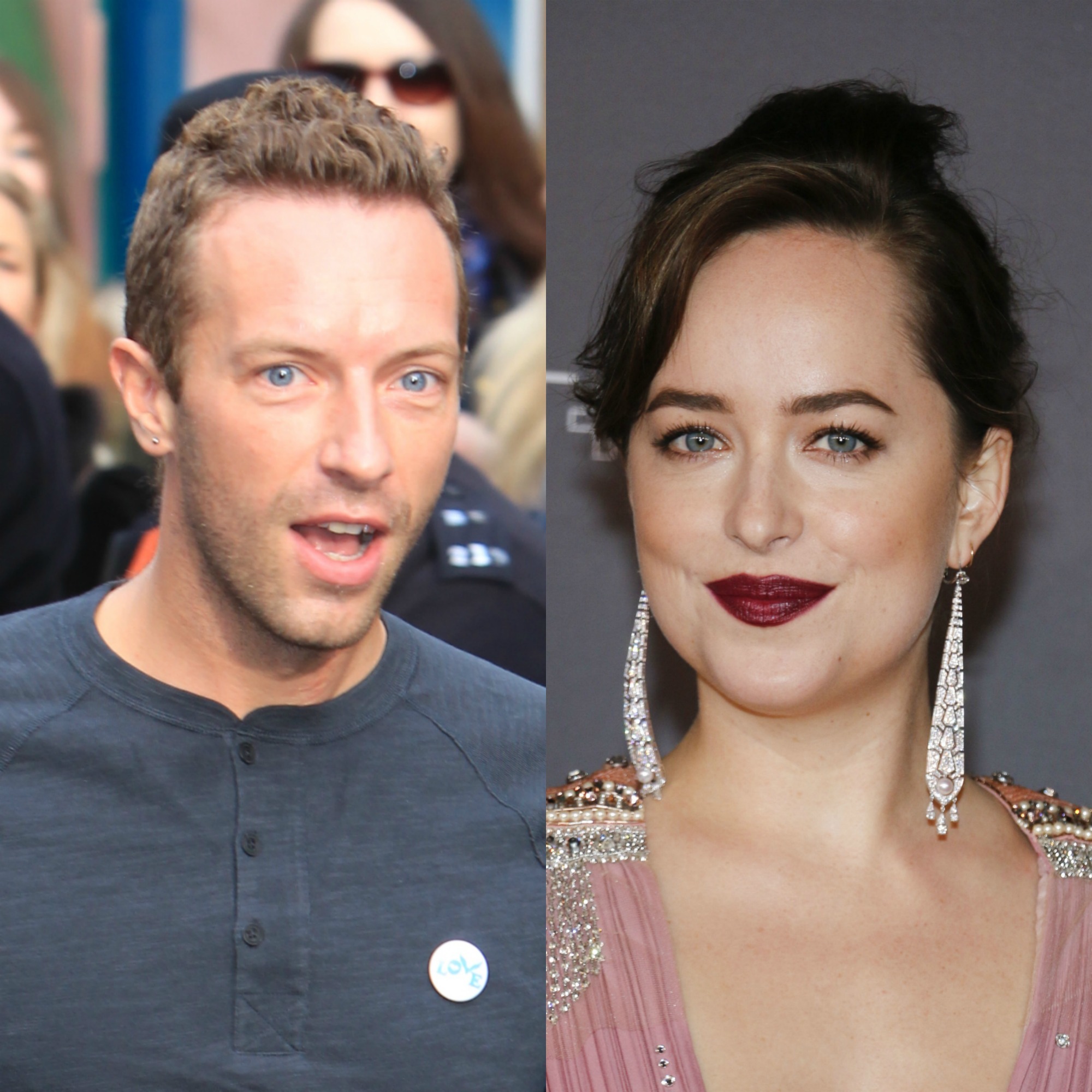 Only recently, rumours began to fly that Dakota Johnson and Coldplay front man, Chris Martin, are dating each other.

The pair were spotted in Israel together looking very happy, and have also been spotted on a few dates.

After hiding from the media and seemingly all love interests for a year, Taylor Swift came out this year revealing that she was happily loved up with a new man.

Joe Alwyn is a British actor who Taylor has known for a number of years. The pair seem really happy and are keeping well out of the public eye. 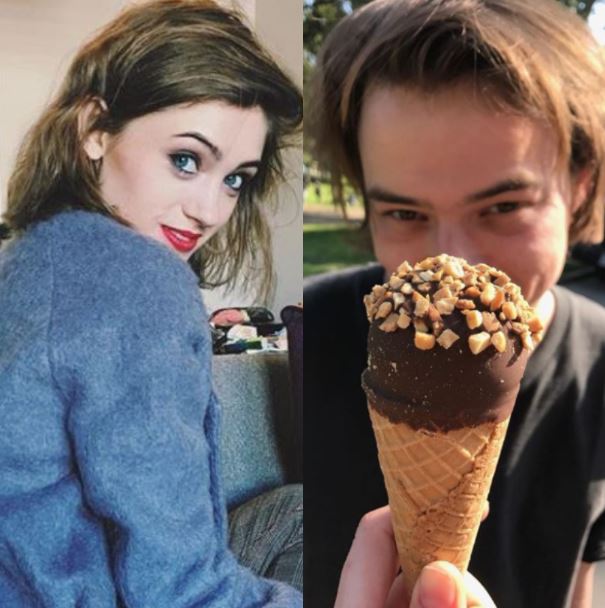 The ‘Stranger Things’ co-stars excited fans all over the world they stepped out looking very coupley at a red carpet event. T

he pair are often spotted looking very cosy and loved up, so it’s safe to say that these two are almost definitely an item.

‘Stranger Things’ is set to film a third season of the show, but people fear that actor Charlie Heaton will not be granted re-entry to the U.S. as he was sent back to London before the season 2 premiere, for alleged cocaine possession. 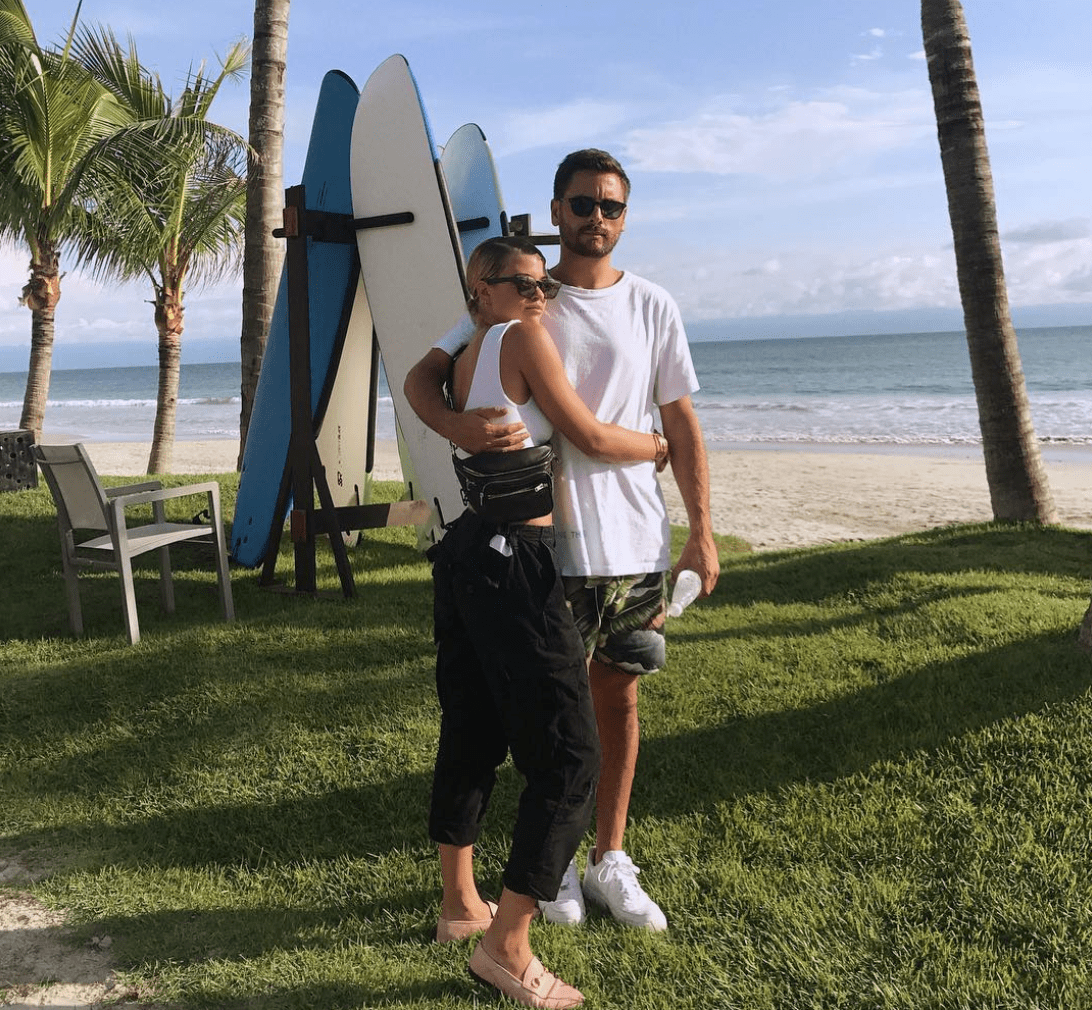 “Lord Disick” and the daughter of superstar Lionel Richie have been dating since the summer of 2017.

The controversial relationship between the two has caused a lot of tension between Scott’s ex, Kourtney Kardashian.

There is a 15 year age gap between Scott and Sofia.

The 38 year old reality star has finally moved on from Scott Disick, as she stepped out with 24 year-old model, Younes Benjima, during the year.

The model was very supportive of Kourtney’s collaboration with Pretty Little Thing and we are so excited to see her being happy.

After a VERY eventful year, Lady Gaga revealed that she is engaged to her manager, Christian Carino.

The singer previously spoke out about her battle with fibromyalgia from which she had to cancel some shows, so it was great to hear some good news about the singer.

She created a documentary called ‘Gaga: Five Foot Two’, which is available on Netflix. 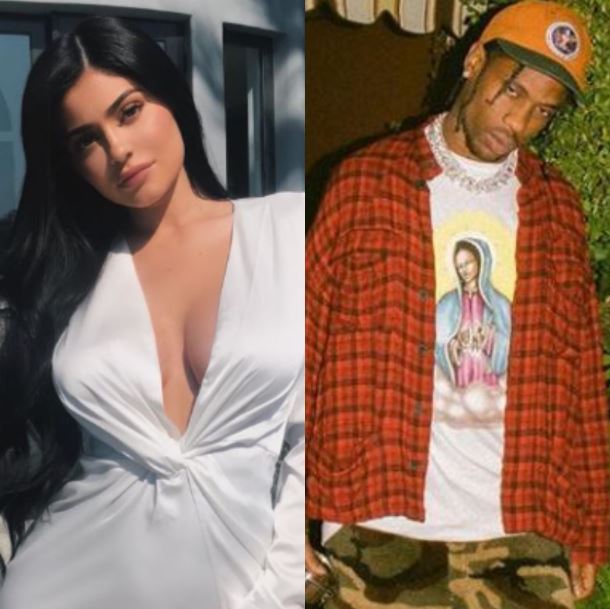 Kylie Jenner has caused waves of gossip with her alleged pregnancy, with her boyfriend Travis Scott.

The pair began dating in April when they were spotted holding hands at Coachella, but it has since been rumoured that the two are reportedly pregnant and possibly engaged.

The Instagram queen has been fuelling rumours about her pregnancy by wearing baggy clothes, only being photographed from the waist up and not confirming or denying the pregnancy. 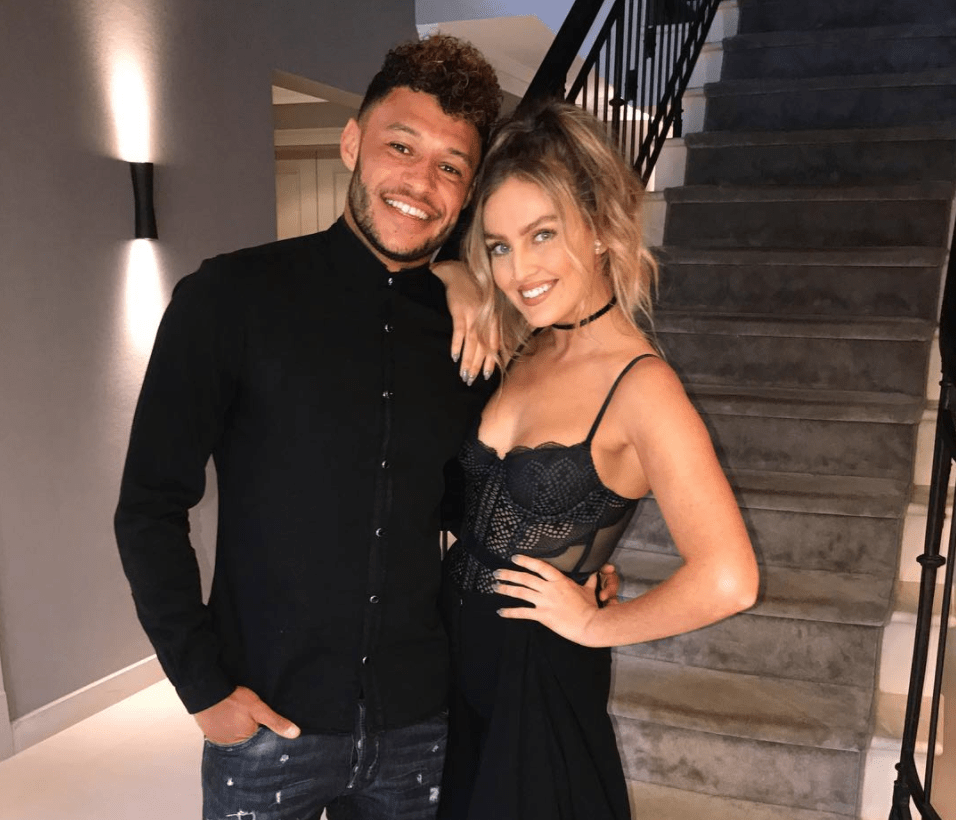 The pair confirmed their relationship on Instagram with a very loved up photo sending fans into a frenzy.

18. Selena Gomez and The Weeknd

An unlikely romance was formed this year with The Weeknd and Selena Gomez confirming their relationship on Instagram in April.

The pair attended many red carpet events together, including the Met Gala, and he supported her throughout her kidney transplant.

Selena was then spotted hanging out with her old flame, Justin Bieber, in the weeks before it was announced that she and The Weeknd had called it quits. The pair deleted all trace of each other from their social media accounts.

The week following her break up from The Weeknd, Selena shocked fans by rekindling her romance with Justin Bieber. The pair were spotted kissing and hanging out, fuelling rumours of their rekindled love.

Fans were quick to remind Selena of Justin’s bad boy ways, but that hasn’t seemed to faze her.

Although this couple isn’t confirmed, we have all of our fingers crossed that they’ll confirm their relationship in the new year.

Our favourite Riverdale couple are very close friends and regularly poke fun at each other on social media, which fuels fans into ‘shipping the pair.

Hopefully our Christmas wish will come true, and they will officially come out as a couple in 2018.