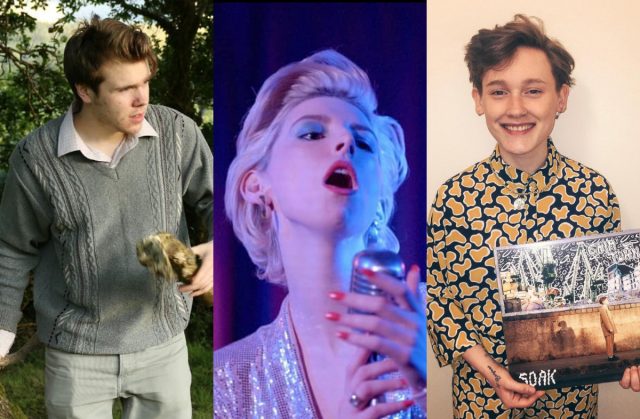 It’s no secret that some of the greatest artists of all time have come from Ireland.

From the show stopping U2, to the mesmerising voice of Sinéad O’Connor – there is no doubt we have great talent on our small island.

And our up-and-coming artists are no different.

So to shine a light on some amazing Irish artists, we’ve listed some of our faves to watch out for…

This Alt-Pop group was formed by most members of Little Green Cars, after they disbanded last year.

Their debut gig was sold out, and they appeared on the Late Late Show just days after they officially announced their formation.

It’s dark and rainy in Dublin… and ‘Here in the Dark’ is out today! You can watch the music video over on @brooklynvegan now Link in my bio ????@ciannugent on bass & lead guitar, @brendandoherty11 on drums, @beewjay played keys and also mixed. And string arrangement by Ailbhe Nic Oireachtaigh. The music video features footage from the 1939 New York Worlds Fair Parade which was found by @sheridanralph. Edited by super woman, Laura Briggs. Additional footage shot by my favourite women @annamcmcmc & @ailarocknroll!! Photo by @caitfa ????????

This talented singer-songwriter used to be part of the Dublin band Princess, but now she’s decided to go solo.

With a more alternative indie tone to her music, the 28-year-old’s song Blow Up is a beautiful soothing tune.

Her album Land Of No Junction was released at the start of this year.

TOUCAN is an explosive ten-piece funk-pop ensemble, that has already received critical acclaim across Ireland.

TOUCAN released their extended play So Easy To Love at the end of 2019, and we’re sure they have another promising year ahead of them.

This alternative group based in Dublin is definitely a band to watch out for.

Their stylised mix of electronica, hip-hop and rock is showcased through their high energy performances, which is led by the talented Roy Geary.

The band’s philosophy is stemmed from the Freudian idea of the inner beast.

The group has enjoyed many successes in their early career, including the time they opened for As It Is in The Academy.

Hello – London in the UK – I’m back to sing in your city this Saturday March 7th for a wonderful (& Free) concert in @thegoodmixercamden with @pillowqueensband, @sorrybanduk and more pictured. Early shtart, 4pm. I will look very much forward to music thank you ! (???? = @richgilligan at Other Voices)

Junior Brother (real name Ronan Kealy) has received plenty of attention for all the right reasons.

The Killarney native has put his own twist on Irish folk music, and was tipped as a “rising star” by RTÉ back in 2018.

His debut album Pull The Right Rope was released in 2019, and it received a phenomenal response – picking up fans such as Blindboy Boatclub and Cillian Murphy.

@othervoiceslive still can’t believe ya’ll packed out the loft my guys ????????????really appreciate all of you for coming out in ballina and fucking with the new music ???? but do you agree music is great whether it’s pavarotti or rap?? ????

Rushes is an Irish singer-songwriter who has taken inspiration from artists such as Pharrell Williams and Frank Ocean.

His single Wave appeared on Spotify’s New Music Friday playlist throughout the year, and it hit over 100k streams online.

Included in RTE 2FM’s Rising Artist list of 2019, this rising star will encourage you to dig deeper with each listen.

This Derry starlet came onto the music scene when she was only fourteen years old, and she has been entertaining audiences ever since.

We think SOAK is going to have another stellar year.

Hello good morning, we have a new single out called ‘Seven’. You can watch the video we made with Graham Patterson through the link in our bio and stream from all the streaming sites. – – Pre-order the 12” vinyl of ‘Seven’ and its upcoming 3 remixes from our bandcamp now if you wish. Link here: https://justmustard.bandcamp.com/album/seven We hope you enjoy, JM x ????by Pany Inthaxoum

Just Mustard are a five-piece band from Dundalk, who have created their own unique blend of electronic and trip-hop influenced music.

Their debut album Wednesday rose to critical acclaim, and was even nominated as Album of the Year in the 2018 Choice Music Prize.

Not a bad introduction to the music industry!