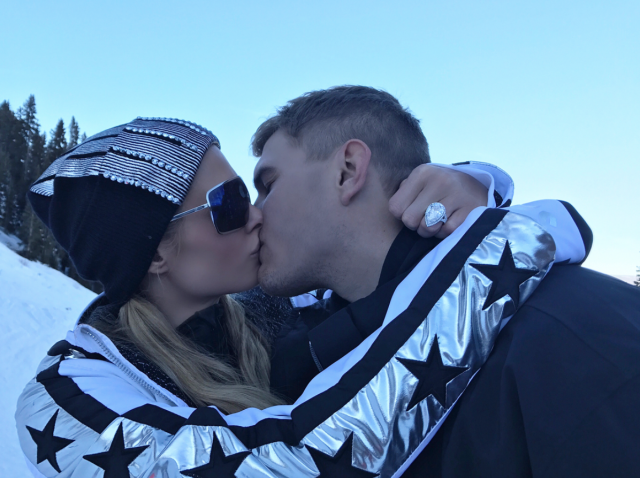 Celebrities are notorious for going OTT when it comes to their engagement rings.

So to mark World Proposal Day (March 20th), OnBuy.com listed the top 10 most expensive celebrity engagement rings of all time – and it’s no surprise that Mariah Carey topped the list.

Australian tycoon James Packer proposed to Mariah back in 2016 with a 35-carat diamond worth €8.7 million, but sadly the pair never made it down the aisle.

However, Mariah ended up keeping the ring as part of a financial settlement in 2017, but it’s believed she later sold it.

Elizabeth Taylor made it to second place on the list with her €7.7 million diamond, which was given to her by Richard Burton.

Despite divorcing Richard twice, Elizabeth kept her engagement ring until she died in 2011.

Kim Kardashian landed in third place thanks to the €6.9 million ring Kanye West gave her when he proposed back in 2013. 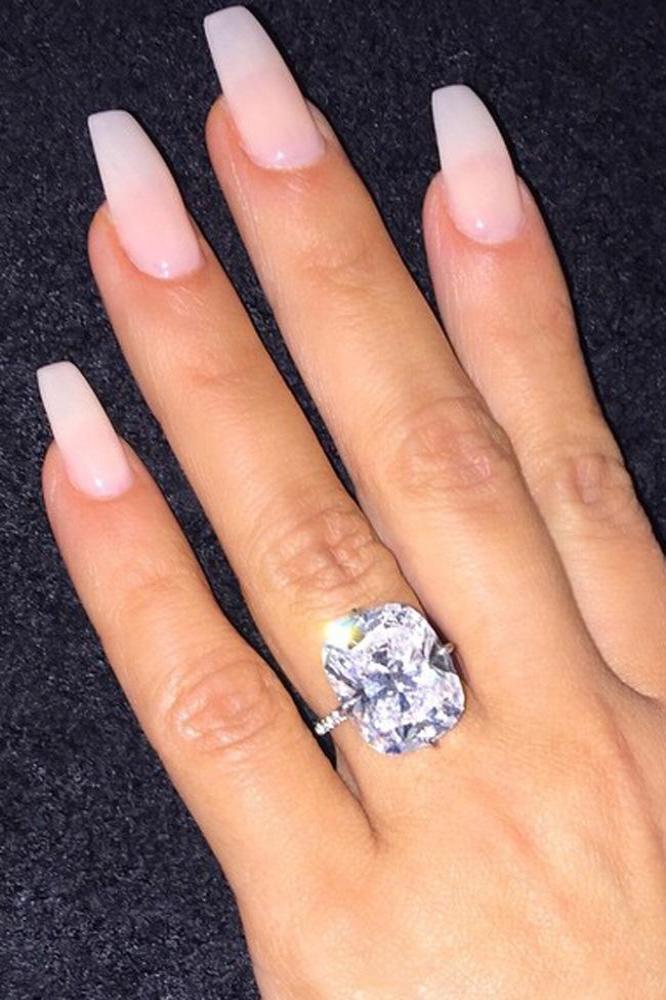 Many believed this ring was stolen from the reality star when she was famously robbed in Paris back in 2016.

However, they actually stole another (very expensive) diamond ring that Kanye had given her that summer.

The 10th most expensive ring on the list belonged to Jackie Kennedy Onassis, widow of US President JFK, who’s second husband Aristotle Onassis gave her a €2.2 million ring. 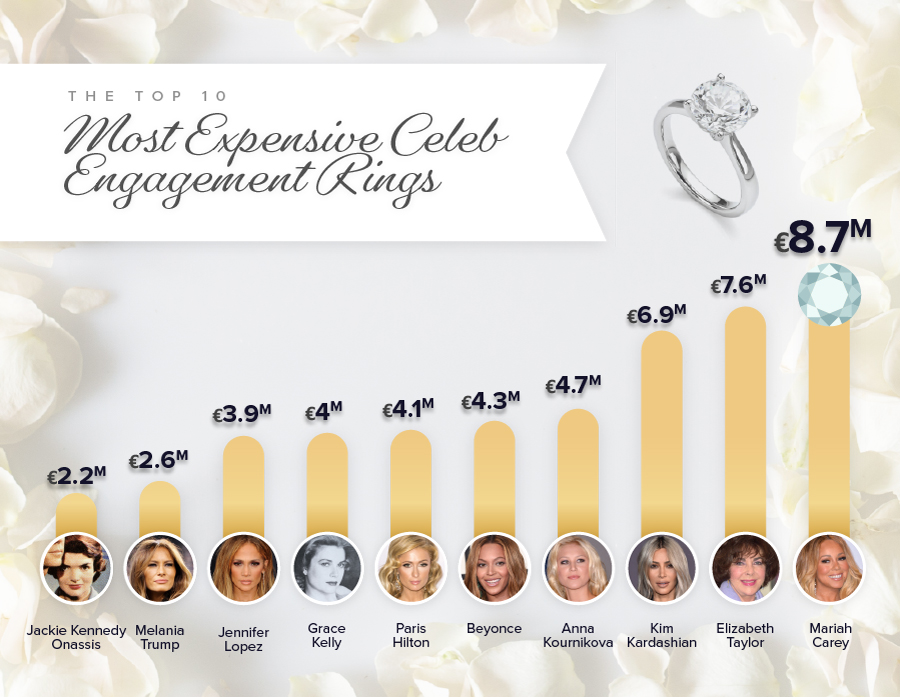 The oldest ring on the list belonged to Grace Kelly, who received hers from Prince Rainier of Monaco in December of 1955, costing €4.02 Million.

The total cost of all 10 rings on the list was €49,501,335, which shows just how crazy some celebrities go for their future nuptials!