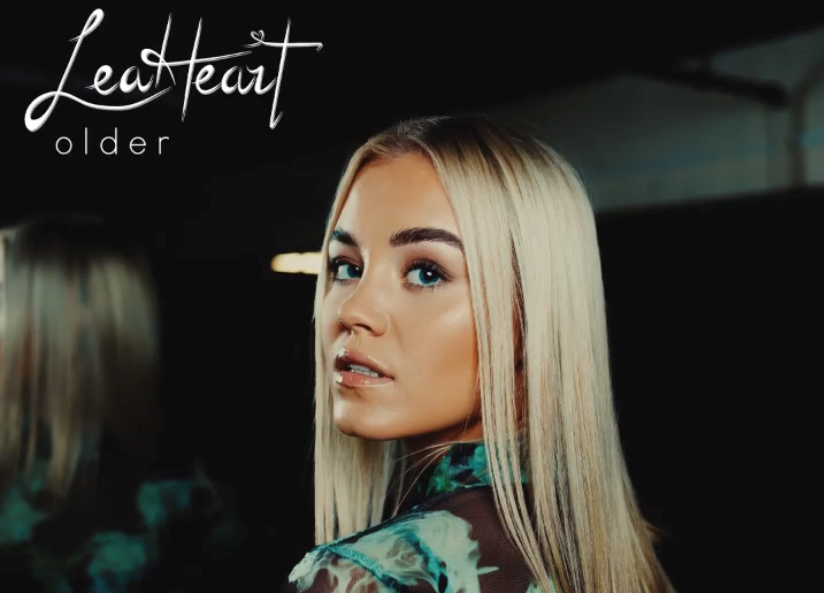 Lea Heart has revealed how TikTok “massively” helped kick off her music career.

The 20-year-old singer was scouted by Brian Whitehead, who also manages Picture This, on the popular social media site during the first lockdown, before releasing her debut single ‘Older’ in October.

The Kildare native, who released her latest track ‘IDK Why’ on Friday, spoke exclusively to Goss.ie about launching her music career and the upsides of social media.

The Irish star said: “My story began in the first lockdown because I, of course, was sat at home like everybody else and decided to make a page on TikTok and Instagram because I never used to post my music online.”

“It was definitely nerve wrecking, biting the bullet and making the pages, but I’ll literally never look back because that’s how everything happened.”

Discussing TikTok, Lea said: “It’s a brilliant platform, there’s no other platform like it because it’s really easy to access so many different people around the globe. You’re not even limited to friends of friends or just even people in Ireland.”

Lea revealed Picture This have been “so supportive” of her career, saying: “Ryan, the lead singer, he started when he was 20 as well and they’ve been at it for 5 years now.”

The songstress also opened up about the support she received from Irish influencer Rosie Connolly, who appeared in the music video for ‘Older’.

Lea said: “Rosie actually saw one of my videos on TikTok… She posted it on her story, which I couldn’t believe that she was a big fan.”

“We were chatting a little bit and when she started supporting me online, I jumped at the opportunity to ask her to be a part of my music video.”

“She was such a great help with that as well and she has been so supportive ever since!”

Due to the coronavirus pandemic, Lea has been unable to perform live gigs since the launch of her career, despite her music climbing the charts.

She said: “It’s my biggest dream to go on the road so I hope I get to do that.”

“I haven’t even got to do my first gig yet or anything like that so but I’m aching to get gigging and get performing and just to sing live.”

WATCH: All the performances from the 2021 MTV Video Music Awards