This Saturday will see Conor McGregor compete in what’s been dubbed as the biggest fight in UFC history.

In just five years the Dubliner has gone from a young lad from Crumlin desperately chasing his dreams, to one of the richest, most powerful and famous men in the world.

But no matter what he does, how he acts, who he fights, there seems to be a constant love/hate relationship with the fighter in Ireland.

UFC aside brand Conor McGregor is insatiable, it feels like every few days he is releasing a new company, partnering with a new brand or announcing a new fight.

The last week alone he has signed a new deal with Monster Energy, a new six-fight deal with the UFC and a multi-million euro deal with Reebok.

His website themaclife.com is also booming with commercial deals, with Betsafe previously signing in to a highly lucrative contract, and now clothing brand Gym King.

You can assume in the last 7 days alone Conor McGregor has added millions of euros to his bank account. 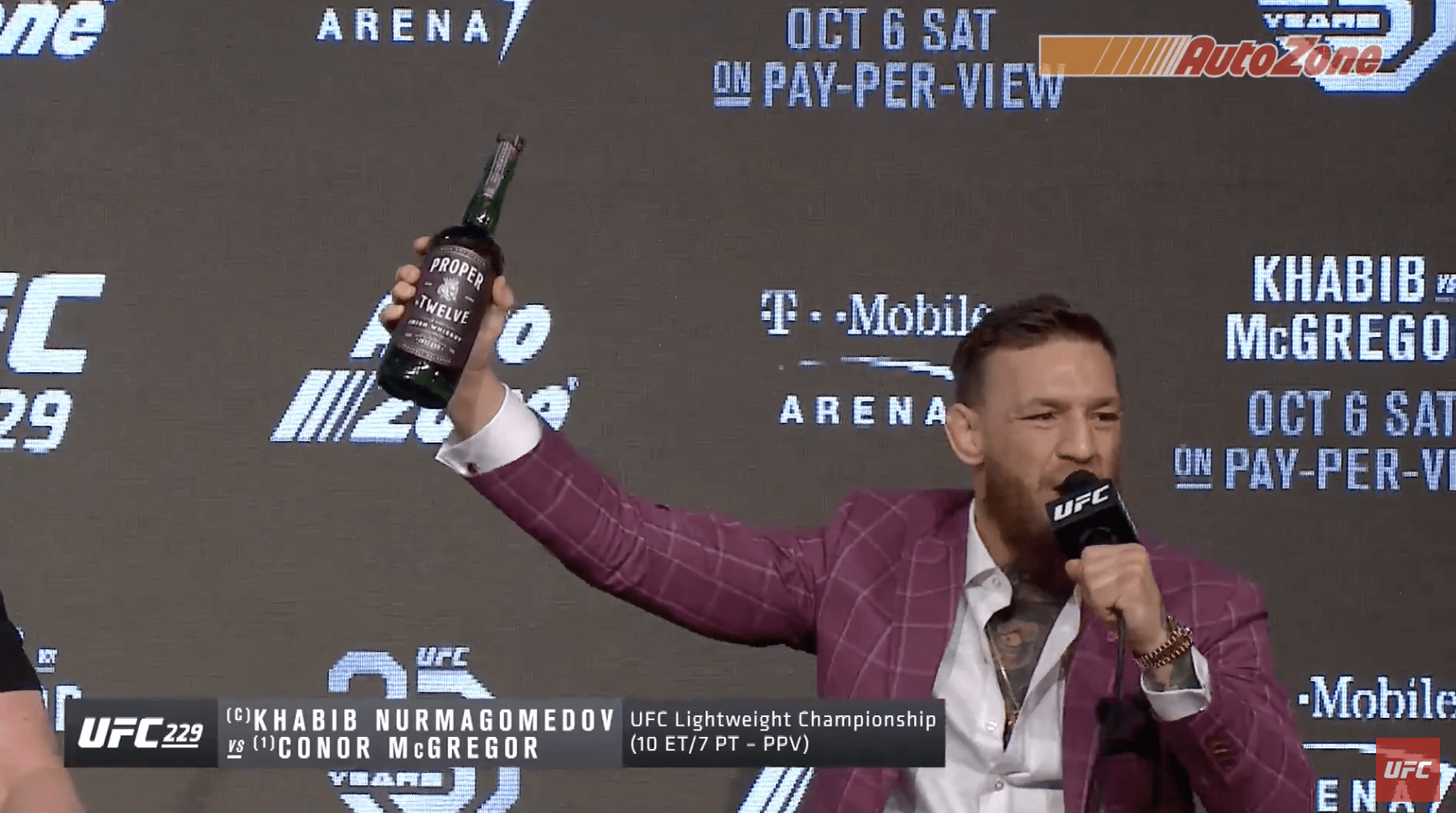 Granted over the last 12 months Conor was forced to take time out of the game he spent his whole life working towards after he was arrested in New York for attacking a bus, his now opponent, Khabib Nurmagomedov was on.

He later pled guilty to a smaller charge and agreed to anger management and community service. But it seems his punishment is a much longer one when it comes to the Irish media circuit.

Although he was forced to stay away from the game and took time out of the spotlight, the Notorious was always working in the background.

As well as training relentlessly, the father of one was also working on his new whiskey brand Proper No. Twelve.

While some people try to claim that Conor is “all talk”, the 30-year-old has proven time and time again that he puts his money where his mouth is (literally).

By the age of 30 he has released a box office hit movie (The Notorious), won two world title championships and made money you and I could only ever dream of.

He recently admitted he feels like a “young kid” dealing with a “crazy life”, thanks to his newfound wealth, with riches that can only be compared to winning the lottery. He admitted he’s “no angel” but that he has just been living life in the best way he can, adding: “only God can judge me”.

The same fighter who ran out of John Kavanagh’s classes because he couldn’t afford to pay his gym fee just a few years ago is the same man that captivates an audience of millions around the world now, and shouldn’t that be celebrated? 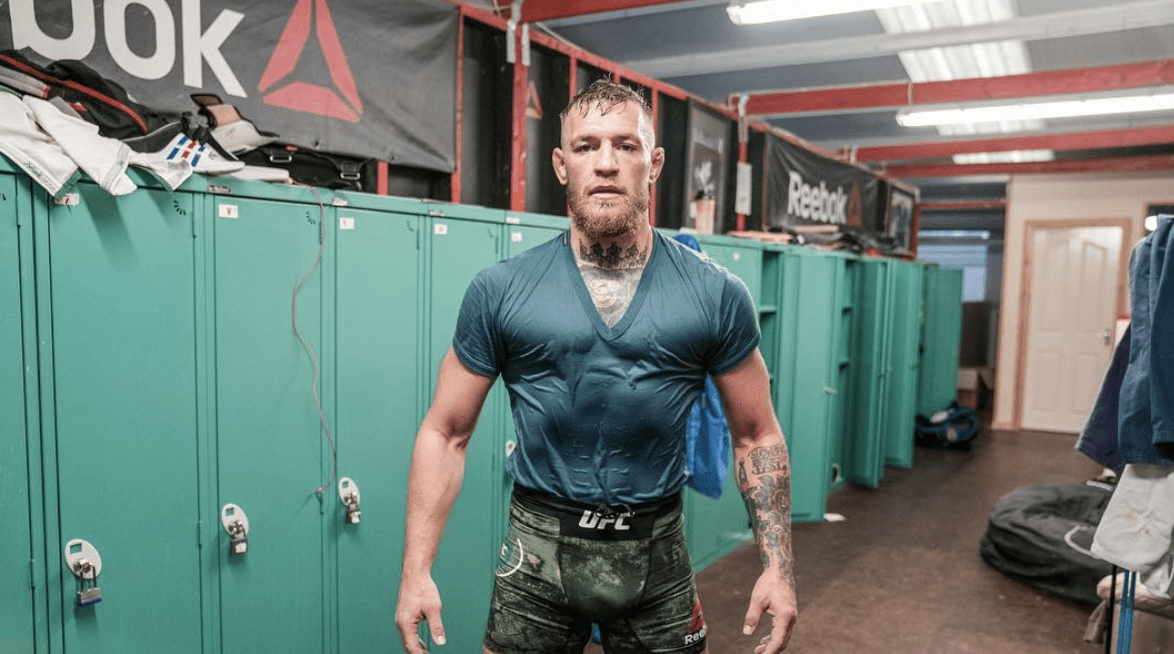 You can call it showmanship, trash talk, some call it madness…but whatever you think, it’s marketing gold.

Thanks to his infamous bravado at press conferences and highly publicised antics out of the octagon, Conor has become one of the most recognised faces in the world.

Since hitting the big time Conor has hung out with the likes of Justin Timberlake, Rihanna, Drake, Arnold Schwarzeneggerr, he’s been on the biggest talk shows in the US and he’s partnered with huge global brands like Reebok and Burger King.

He is easily the best fighter of our generation, and definitely at the moment, the most recognised sports star in the world.

Brand Conor McGregor is one of the strongest celebrity brands I’ve ever seen, he beats brand Beckham by miles (and that’s both Posh and Becks by the way), and it seems his empire is only beginning.

After finally launching his highly-anticipated whiskey Proper No. Twelve, Tesco were forced to limit sales within a matter of hours…as the demand was so high. Surely news that jilted Jameson, the main brand Conor is hoping to beat in the alcohol market.

And just days later Conor released his debut fashion August McGregor. A fashion line release, a whiskey brand release and his biggest fight to date all within two weeks? No problem for The Notorious.

MMA journalist Ariel Helwani pointed out in a recent interview that a lot of press in Ireland is quite negative towards Conor. Whether it be questioning his antics outside of the fighting world, or hitting out at him for his trash talk.

I recently saw a piece which called the MMA world champion “embarrassing” to watch, comments made after his recent press conference, which seemed like a bit of an over-the-top reaction.

If I got paid millions to trash talk someone I already hated, you certainly wouldn’t have to ask me twice.

But behind all the big talk is a man who gives a huge amount of money to charity, and does a lot of kind acts that are often not reported.

Just last week Goss.ie exclusively revealed that the businessman had donated €10k to a young boy called Bru, who needed that exact amount to get a life-changing operation.

Conor himself admitted he does these things sometimes in the background, but it’s easy for people to skip past the good and focus on the bad.

He has also been incredibly generous to his family, gifting them everything from Rolex watches to cars. He rented out all of Funderland last year for his family and closest friends. One thing he is for sure, Conor is loyal to his loved ones.

What is really is to bypass is the sense of pride Conor has brought to Ireland and the Irish people. Every triumphant moment in his career Conor has reminded the world that being Irish has made him who he is. 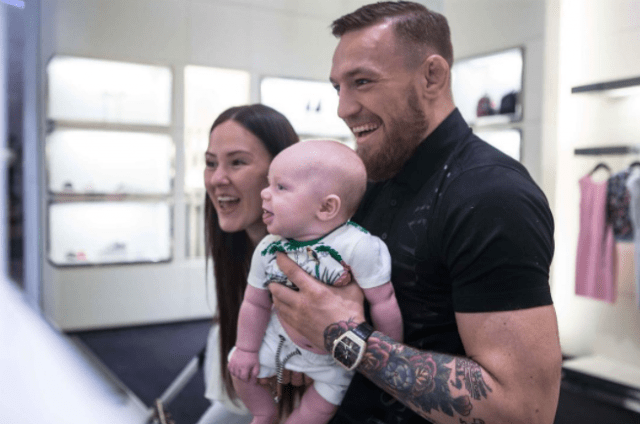 The entire country had literally been through one of the worst recessions in history, things were still bad. Jobs were gone, money was gone, some days it felt like hope was all gone in the emerald isle…and then there was this young lad, covered in an Irish flag, beating all the odds.

The big difference with this fight compared to all the rest is; firstly it marks Conor’s return. Literally millions of fans all over the world have been waiting for this moment, those who don’t even follow the UFC know he’s back and they want to find out if he will succeed. 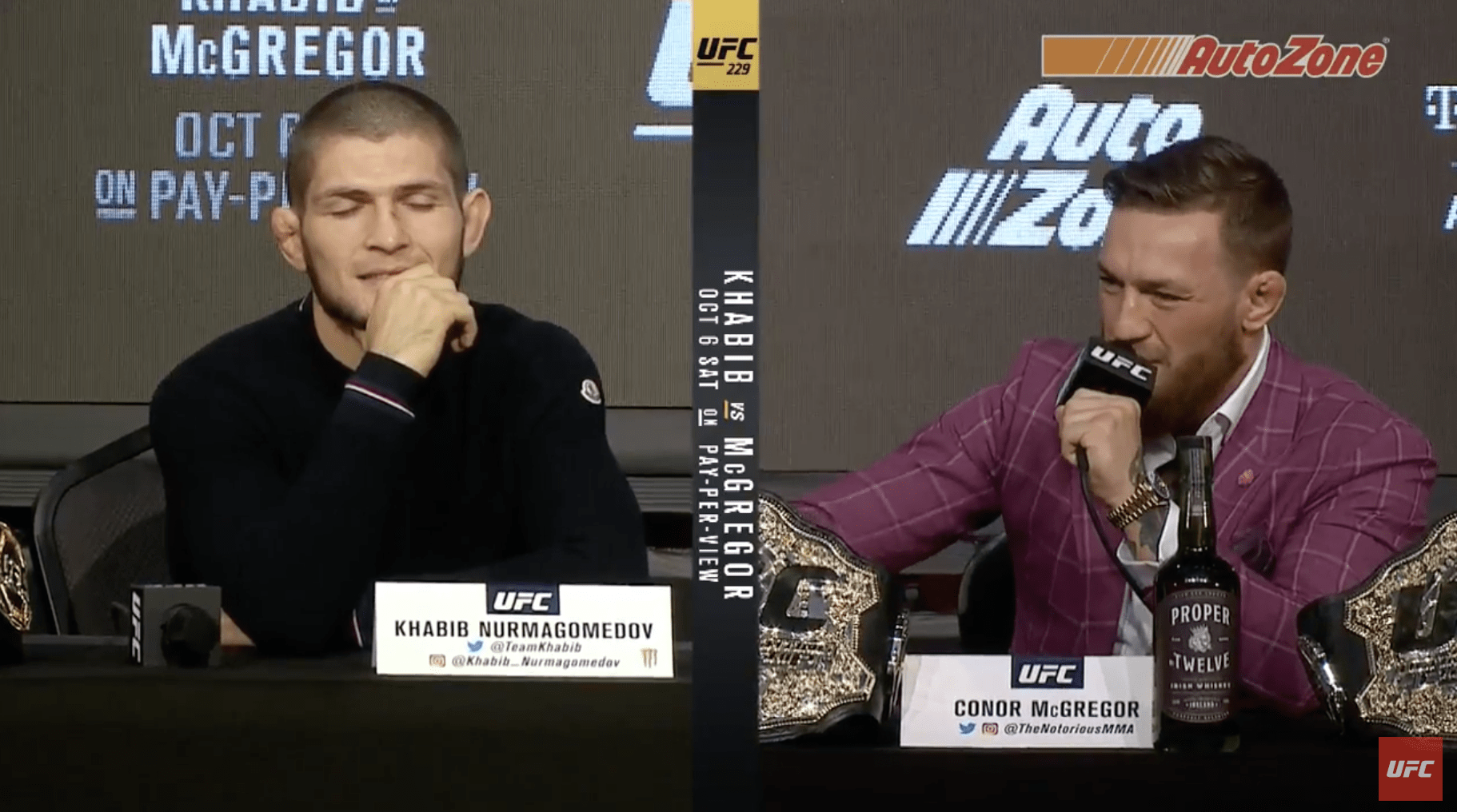 The Mayweather fight was pure entertainment, and we all cheered him on, we all wanted him to win, but the UFC is where it all started, and the Irish will follow him into the Octagon over and over again.

I’m writing this here from Las Vegas, and on the way here I easily saw over 300 McGregor fans on route sporting Irish flags.

Young men accompanied by their fathers, friends coming together in support. Conor’s face is plastered on nearly every street here in Vegas too, he is loved over here that’s for sure.

With fame comes scrutiny and unfortunately for Conor he has millions of fans but lots of haters and doubters too. Does he care? I think not. He makes more money off one fight than most people will ever make in a lifetime.