The Irish actress had her fifth Globe nomination this year – this time for her portrayal of Jo March in Greta Gerwig’s adaptation of Louisa May Alcott’s Little Women classic.

If Saoirse’s past red carpet looks are anything to go by, we’re in for a sartorial treat when she arrives at the awards:

SAOIRSE RONAN LET ME DIE FOR YOU #GoldenGlobes pic.twitter.com/SmWQNSJZFh

Saoirse stole the show when she rocked up in the nude-effect metallic dress.

The star presented the award for Best Actor in a Comedy on the night.

Pretty in pink at the Oscars

Saoirse Ronan is pretty in pink in @CalvinKlein at the #Oscars. See more from the red carpet: https://t.co/qz1tL8NN7R pic.twitter.com/GEp2KH0MtT

Saoirse rocked the Oscars red carpet in 2018 in a modern pink sheath dress.

The Calvin Klein By Appointment garment featured a huge statement bow at the back.

Proving that less is more, the neutral tone and shape of the dress were perfectly complimented by her lightly textured up-do.

Saoirse chose this nude suit to attend The Seagull Premiere during the 2018 Tribeca Film Festival in New York City.

She complimented the Michael Kors suit with Giuseppe Zanotti heels and a sleek hairstyle.

ok but WHAT A MOMENT saoirse ronan at the met gala pic.twitter.com/tZJEvveGoq

Saoirse attended European premiere of Mary Queen of Scots in London in the sweeping white dress in December 2018.

The gown was straight off the designer runway, from the Spring 2019 collection by Carolina Herrera. Saoirse completed the look with sky-high silver platform heels.

Not one for sticking to a classic gown, Saoirse opted for a gorgeous jumpsuit at the Governor’s Awards in Los Angeles in October 2019. 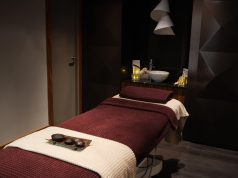 The Top Places To Get Beautified This Month

Here are the best Netflix films for a Galentines night in 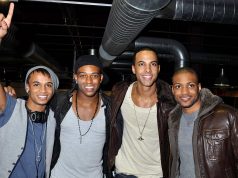 This is what JLS have been up to before they reunited