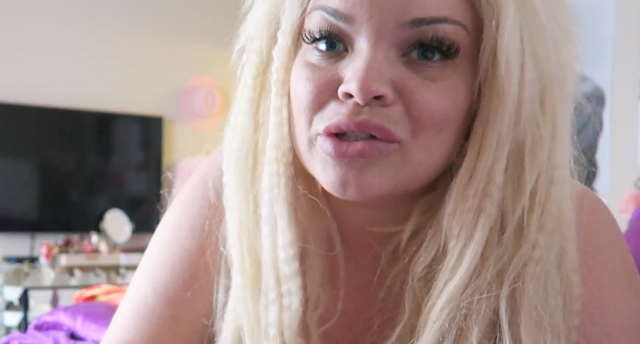 Trisha Paytas has claimed that Celebrity Big Brother is “rigged”, after Sarah Harding was crowned the winner on Friday.

The YouTube star, who sensationally quit the show early, alleged that the Channel 5 series is “100% rigged” in a shocking video “exposing” the show.

Trisha also claimed that Sarah received special treatment, had a single bed reserved for her, and that bosses edited out scenes of her being “condescending and rude” to other housemates.

“She’s just a bad person, like the name-calling she did in the house that wasn’t aired – they edited it to try and make her look good so she would be the winner.”

The controversial star also implied that winning the show had been written into Sarah’s contract.

“Everyone on Twitter and online thinks she’s so disgusting, so there’s no way she would have won.”

This isn’t the first time Trisha has made shocking claims about CBB since leaving the house, as she previously accused housemates of passing around class A drugs.

She tweeted that the “drug sharing” would shock viewers – but deleted it just seconds later.