Sir Anthony Hopkins has opened up about his battle with alcohol.

Speaking to 500 students at the University Of California the esteemed actor stated that he “should have died in Wales, drunk or something like that.”

Now living in Malibu with his wife, Stella Arroyave, who is also an actor, he recalled darker days when he struggled terribly with alcohol.

He admitted that he was “very difficult to work with” in the early days of his stage career because he “was usually hungover.”

The 80-year-old credits a conversation with a woman from Alcoholics Anonymous in 1975 with turning his life around.

He reflected on his early thoughts of the acting world, “Because that’s what you do in theatre, you drink.”

The Hannibal actor believed he was “disgusted, busted and not to be trusted” when he was under the influence of alcohol.

He went from being bullied in school, where he said he was “not at all bright,” to being knighted in 1993 for services to the arts.

The octogenarian advised the captive audience to make the most of life saying, “I believe that we are capable of so much.”

“From my own life, I still cannot believe that my life is what it is because I should have died in Wales, drunk or something like that.”

“Say yes to everything. Say yes and take the risk”. 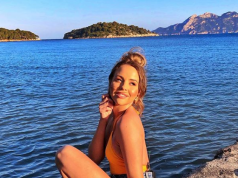