Olivia Buckland has had enough of Twitter trolls saying she’s “lucky” to have bagged her fiancé Alex Bowen.

The stunning blonde met Alex on ITV2’s Love Island back in 2016, and the couple are set to tie the knot in September.

The pair have been together ever since they left the Love Island villa in Mallorca, but some people just can’t accept the fact that they’re still together – and Olivia’s not having it.

“I’m a good person with a good heart and a determined mind. I don’t settle. I back what I do, who I am. So ‘you’re so lucky’ no babes. I make my own s**t happen.

She continued, “Right place, right time. That’s luck. What come after that – that’s my doing. That’s my teams doing. Mine & Alexs doing. You don’t and you won’t see nobody give him what I give him and vice versa. THATS why it works. BACK YOURSELF.”

“I am the most grateful woman to have been put in a mad environment and meet a man like Alex. THAT’S luck, that’s karma, that’s fate.

“However what came after, being in love, being best friends, carving a future, caring about each other. That’s us as humans. That’s love my friends.” 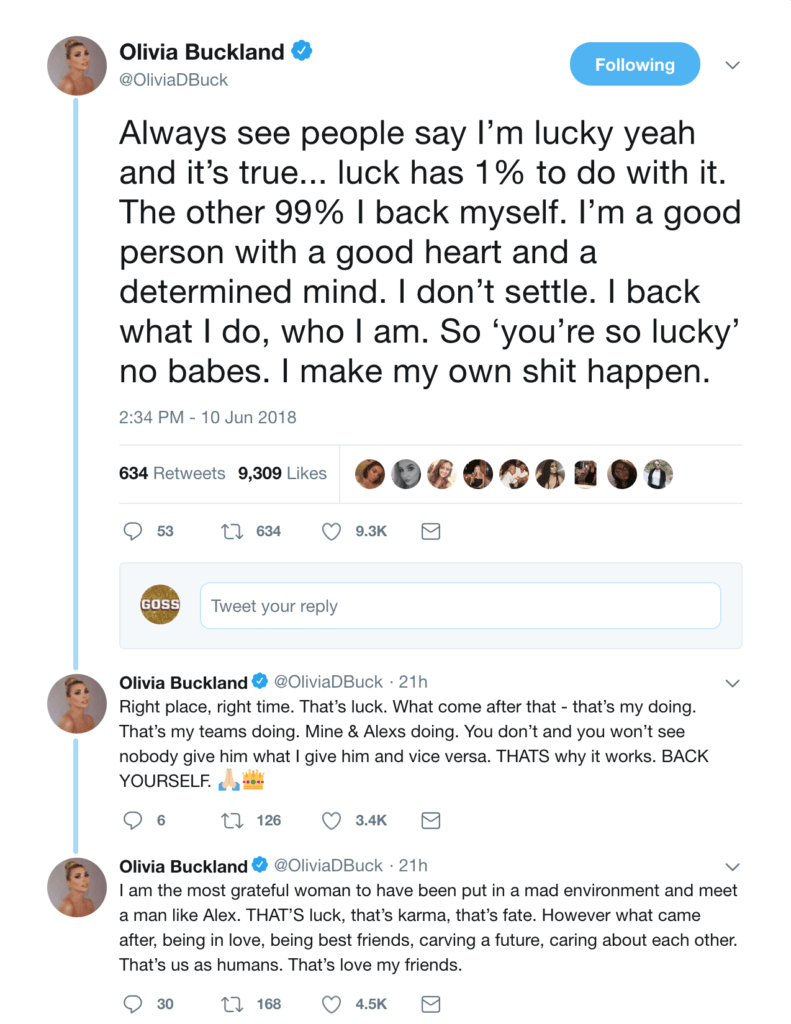 The model beauty, who is an ambassador for Cocoa Brown, then dished out some sage advice for girls out there, after someone suggested that she should feel lucky that Alex doesn’t cheat.

She tweeted, “I’ve just read a tweet saying I should feel lucky that Alex don’t cheat. ARE YOU MAAADDDDDD. BOYS N GIRLS DONT U DARE EVER FEEL LUCKY THAT YOU HAVE A FAITHFUL PARTNER JESUS H CHRIST WHAT IS WRONG WITH THIS PLANET.” 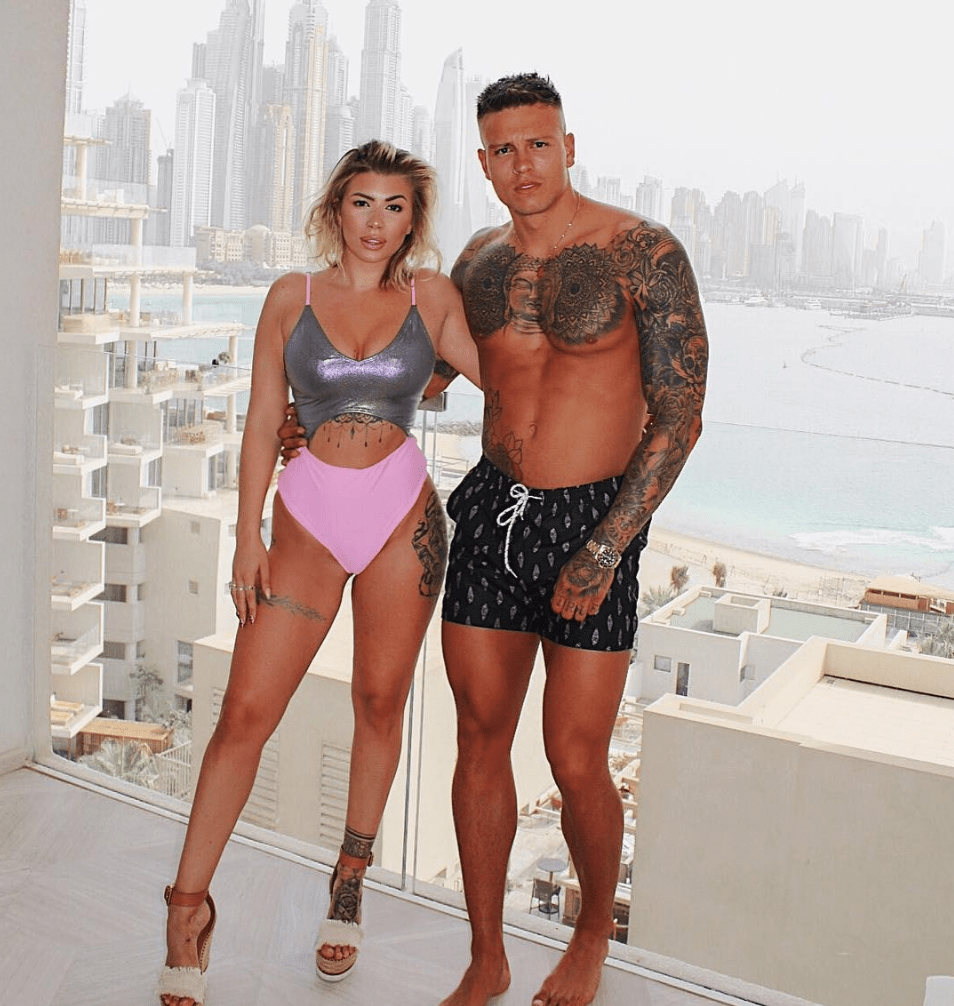 Thankfully, some fans were quick to defend Olivia, with one writing, “I’m so glad @OliviaDBuck has finally stood up for herself. Sick of seeing girls saying how lucky she is to have Alex. They are lucky to have eachother. Stop putting the girl down.”

Olivia replied, “Legit as if I’m a dog with a rancid personality! Luck you know. I got more assets than a bank. Gals gotta stop putting men on these pedestals it’s unhealthy.”

Trying to see the funny side, Olivia added, “New drinking game… drink every time someone says Olivia’s lucky to have Alex. Warning – alcohol poisoning is imminent.”

Showing support for his wife-to-be, Alex retweeted Olivia’s post, and wrote, “Well in September when we get married im gonna be the luckiest man in the world……. 💙 sound.”

Well in September when we get married im gonna be the luckiest man in the world……. 💙 sound https://t.co/Oink3NMDyi 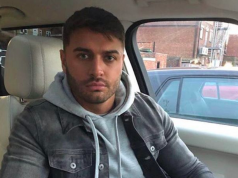 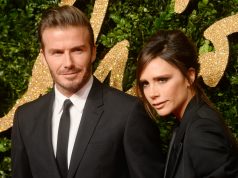 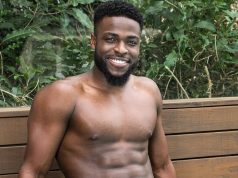