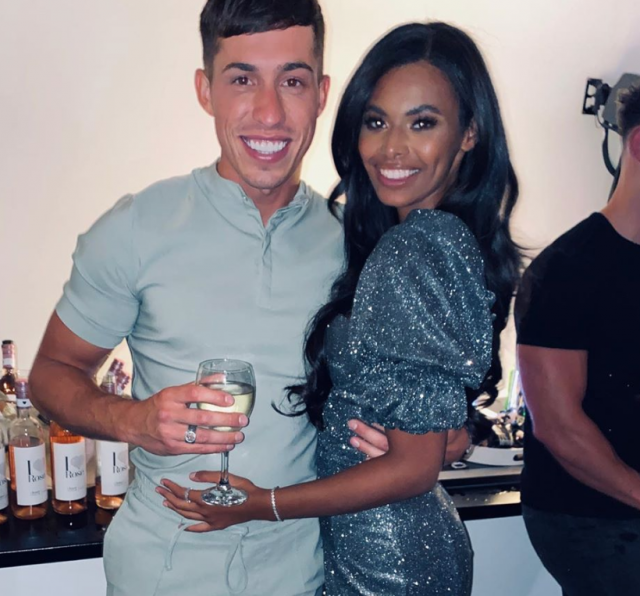 Love Island’s Connor Durman has revealed when he found out Sophie Piper is related to a famous celebrity.

The stunning brunette is the lookalike sister of Rochelle Humes, who rose to fame as part of girl band The Saturdays, but Connor had no idea until the boys in the villa told him.

In a blog post for Cheltenham Betting Offers, Connor said: “I found out on day three in the villa, because the boys were talking about people who had been leaked before and she had been, and I didn’t even know.”

“So we did have a conversation, but we didn’t really talk about it a lot. So, I found out from the boys.”

“I met Rochelle and Lili, her sister, at Aftersun, and they were lovely. It was nice to meet them, they were really nice. I am always quite nervous about meeting an other half’s family, but things went really well,” he confessed.

He said: “I love JLS, I was really into them when I was younger. I really hope I don’t get too star-struck meeting Marvin!”

When asked if he’ll be getting free tickets to the JLS tour, he said: “I don’t know yet, we’re taking things slow, but hopefully it’ll work out.”

As for his relationship with Sophie outside of the villa, the former salesman revealed: “It’s going really well with Sophie. She really wants to meet my mates and my family, so it’s nice.”

“Probably the next couple of weeks [she’ll meet my family]. She’s coming to meet my mates soon.

“I feel like my mum and dad already know her from TV already. They’ve said they love her and can see I was into her straight away.

“It’s surreal because they’ve already been watching her for a few weeks so they already kind of know her. It’s mad isn’t it?”

“We’re chatting all the time, things are going well. We’re taking things slowly at the moment because in the villa it’s quite intense, so it’s quite nice to have a real relationship,” he continued.

“We’ve got Valentine’s Day coming up and I’m taking her to a nice spa on Friday. I’ve never really done one before, so Friday is going to be a good day, and I think she’s going to spend the weekend with me, which I’m looking forward to,” he said.

“I am a bit nervous, but I’m excited more than anything to see her. We talk all the time, so it’s quite surreal coming out and finding someone who you like. I’m really happy.”