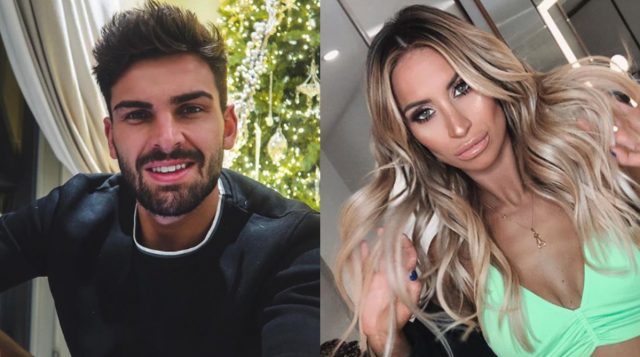 Love Island’s Adam Collard reportedly made a police complaint, after he clashed with Ferne McCann at the NTAs.

According to reports, the pair got into a heated argument when Adam overheard the TOWIE star bad mouthing his girlfriend Zara McDermott – which lead to him calling Ferne a “pathetic little s**g”.

Their altercation allegedly ended with Ferne throwing her drink in Adam’s face.

An eyewitness told the MailOnline, “Ferne was desperately upset by it. All the reality stars were watching. There were three people from Love Island, two ex TOWIE personalities and two Made In Chelsea stars on the scene.”

Zara and Ferne’s feud comes after the Love Island star accused Ferne of sliding into Charlie Brake’s DMs, while he was still going out with her friend Ellie Brown.

The TOWIE star was linked to Charlie, but denied any accusations that she was dating him, or contacted him while he was in a relationship.

Another source said, “There’s a bit of history with Zara because Zara previously stuck up for her BFF Ellie when she was feuding with Ferne McCann over her now-ex boyfriend Charlie.”

“It stems back to that. Ferne has given Zara a bit of mouth at the NTAs. Adam doesn’t deny he called her a ‘pathetic little sl*g’. He was sticking up for his girlfriend, they had a heated exchange.”

Meanwhile, the MET police said in a statement: “An allegation of common assault was made to police by a man, aged in his 20s, following an incident with a woman, also aged in her 20s, at the O2 Arena on Tuesday, 22 January.”

“No one was injured during the incident. There has been no arrest. Enquiries continue.”