Kensington Palace have confirmed that The Prince of Wales, otherwise known as Prince Charles, will walk Meghan Markle down the aisle.

After the bride-to-be confirmed that her father, Thomas Markle, couldn’t attend her wedding due to issues with his health – it’s been confirmed that Prince Harry’s father will walk her down the aisle.

In an official statement, Kensington Palace said, “Ms. Meghan Markle has asked His Royal Highness The Prince of Wales to accompany her down the aisle of the Quire of St George’s Chapel on her Wedding Day.”

“The Prince of Wales is pleased to be able to welcome Ms. Markle to The Royal Family in this way.” 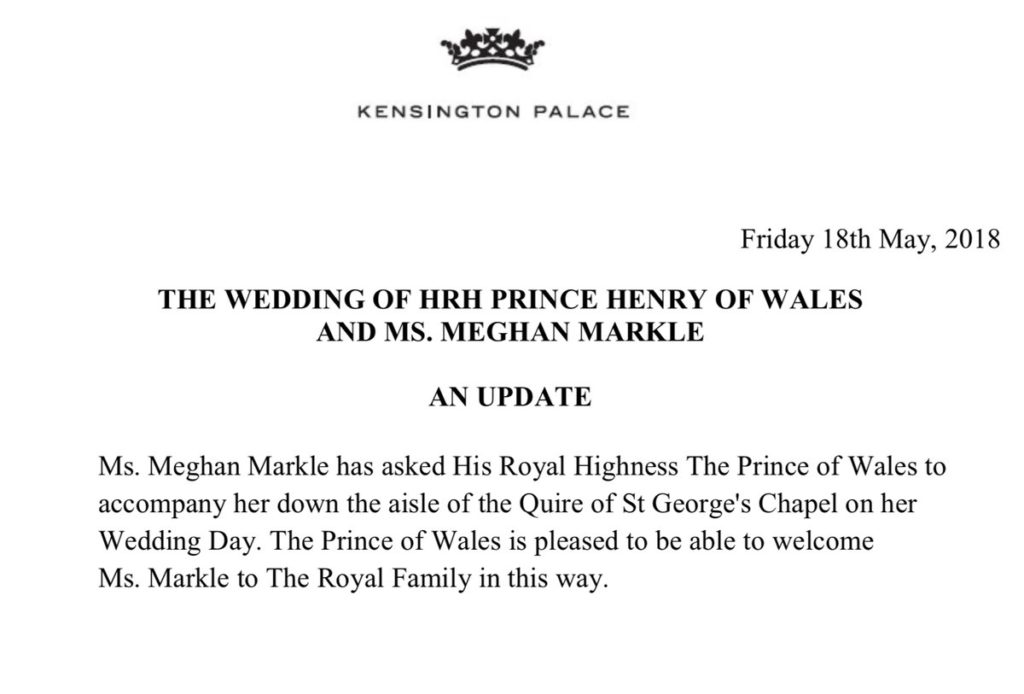