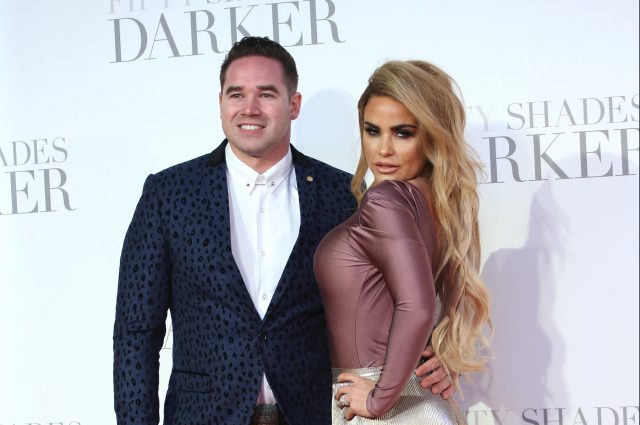 Katie Price has claimed that her husband Kieran Hayler has been having an affair with their nanny, Nikki Brown.

The 39-year-old has revealed that her marriage is at breaking point, after she discovered that her third husband has been having a year-long affair.

Speaking to The Sun on Sunday, Katie said, “I was gutted. For a year I was basically paying her to f*** my husband.”

The Loose Women star, who famously forgave Kieran for having an affair with her best friend Jane Pountney in 2014, also claimed that her disgraced husband and their nanny had sex all over the family home.

“Kieran told me they were f***ing all over my house for a year. They had sex everywhere except in our bedroom, they even did it in the kids’ bathroom.”

“When I confronted him he denied it at first, even when I said she’d admitted it. I was crying, asking, ‘How could you do this to me again?’”

The glamour model told how she sobbed and screamed “like a lunatic” when Kieran confessed to the affair.

“My mum and his mum were both there, telling me to calm down. But when I begged him to tell the truth he finally said, ‘Yeah, we have’. He said they’d had sex a handful of times and then a handful became a year. It was always unprotected, because apparently that added to the thrill of it for him.

Shocking: Katie has claimed that Kieran was cheating with their nanny | INSTAGRAM

“He said she didn’t mean anything to him and that she stank of body odour and fags. I was absolutely gutted and I was crying and going mad, like a lunatic. I can remember shouting over and over that if I went off and hurt myself it would be his fault.”

The heartbroken star also admitted that she confronted Nikki over the phone, “I was screaming, ‘Why would you do this knowing what I’ve been through? Just tell me the truth, why would you f*** him?’

“She claimed he had ‘brainwashed’ her into it and that he had ‘forced’ her to have sex. When I asked her if she was suggesting he had raped her she said it wasn’t like that. If someone forced you to have sex, why would you carry on for a year?

“He’s a monster, a predator and he got her in to bed just like the others. But I trusted her with my family, and this is what she has done. She hasn’t even said she’s sorry. For a year, I was basically paying her to f*** my husband.”

“The first time I found out he cheated, I felt so heartbroken. But once you’ve stabbed the knife in and twisted it, it’s not going to be the same again. This time it was just pure anger. I haven’t cried yet because I’m still in shock. I feel numb. I can’t believe he’s done it again,” she added.

When the news broke on Saturday night, Katie tweeted a series of broken hearted emojis.

Back in 2014, Katie was left devastated when she caught Kieran kissing best friend Jane on a beach while they were on holiday in Cape Verde. The exotic dancer later confessed to bedding Jane, and a second pal Chrissy.

However, after he sought help for his sex addiction, Katie and Kieran rebuilt their marriage – and only renewed their 2013 marriage vows in July.