Victoria and David Beckham rarely pack on the PDA or speak often about their marriage.

Despite being wed for a whopping twenty years, now much is known about the inner workings of their relationship.

However, David shared a rare glimpse of their married life on Instagram. 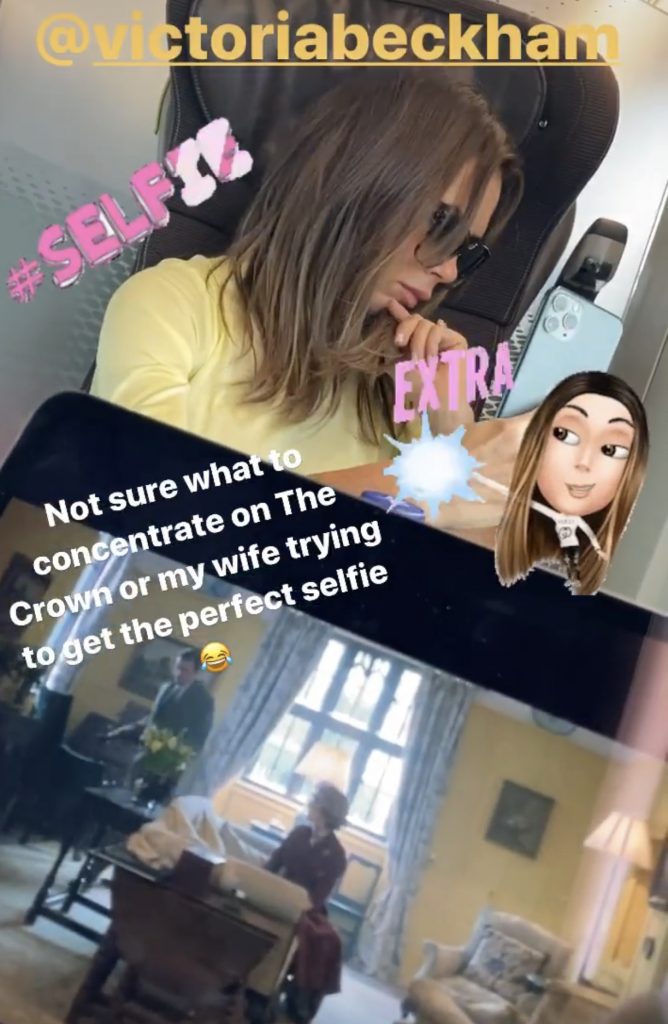 Sharing that the couple gently poke fun at one another, David uploaded a video as he enjoyed Netflix show The Crown.

In the background, Victoria can be seen pouting at her phone as she captures a snapshot of herself.

“Not sure what to concentrate on,” Davis joked.

“The Crown or my wife trying to get the perfect selfie.”

In the short video, Victoria can be seen ruffling her hair and posing from a series of angles to get the best shot.

The couple are currently in Paris, where David was catching up on his favourite show on his iPad.

The pair are in the French capital to attend Dior’s Men’s Fashion Week show on Friday.