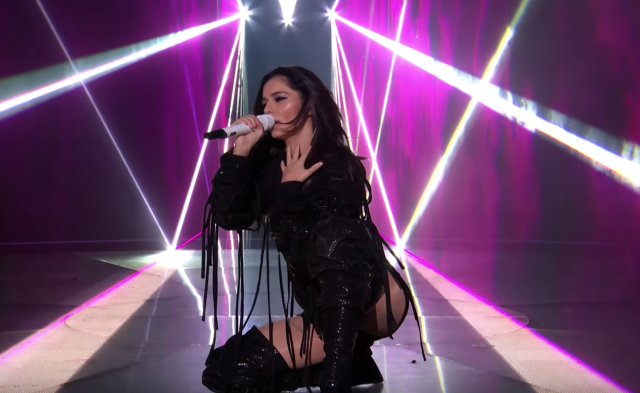 Cheryl is reportedly “devastated”, after viewers slammed her “disastrous” performance on The X Factor on Sunday night.

The 35-year-old returned to the stage to perform her comeback single, Love Made Me Do It, but many fans were less than impressed by her performance.

A source told The Sun Online: “Cheryl’s devastated over the harsh comments about her performance.

“She always says that ‘haters’ come with fame and she expects some negativity, but she didn’t expect this reaction.”

“She goes on social media to interact with her fans and it actually shocked her, reading some of the comments.

“At first she was angry – she watched the performance back over ten times and can’t understand what she did wrong.

“She just feels like some people are always going to be against her and she can’t change their minds,” they said.

Cheryl’s raunchy dance moves also launched a series of Ofcom complaints, as the show aired on ITV before 9pm.