Netflix have released new photos of Olivia Colman as Queen Elizabeth, ahead of The Crown’s return.

The show’s third season will finally premiere on the streaming site on November 17, and Olivia Colman has taken over from Claire Foy as Queen Elizabeth II.

In a promo shot for the new season, Olivia looks almost identical to the Queen, as she poses next to her beloved corgi’s.

Helena has taken over the role from Vanessa Kirby, who played Princess Margaret in the first and second season.

The third season will reportedly jump to the 1970s, and viewers will watch the demise of Princess Margaret and Lord Snowden’s marriage – eventually leading to their 1978 split, which was a huge controversy at the time.

It’s reported that the third season will also introduce Camilla Parker Bowles to the cast, after her first meeting with Prince Charles in 1971.

It’s believed the cast will play their royal roles for just two seasons before the actors will change once again, in order to portray the characters accurately as they age. 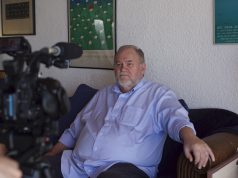