Love Island returned to our screens on Sunday night for it’s first ever winter series.

A new host, a new villa and a brand new cast of hot singles ready to find love and fame.

Yet another first for the show is a set of twin sisters.

Jess and Eve Gale from London, arrived on the show as bombshells ready to steal two men for themselves after the rest of the contestants were already coupled up.

As the show goes on you may find yourself wondering which twin is which.

Goss.ie have taken a good look at these 20-year-old blondes and we’ve found four ways to tell the girls apart.

One of the most obvious ways to tell the girls apart is based on who they’re coupled up with.

You can pretty much guarantee whichever twin is hanging out of the two guys they’re cracking on with it’ll be the twin they’re coupled up with.

While it’s not something you may notice on your TV screen, if you’re ever in a room with one of these girls you’ll be able to tell them apart by their eye colours.

While the ladies were chatting to Mike before the re coupling, Eve revealed her sister has one blue eye, and one green eye.

Mike inspected her and confirmed that she does in fact have two different coloured eyes, thanks Mike.

Jess has shorter hair at the front

While the twins sport identical hair dos there are two small, but noticeable differences between their hair styles.

The first one is that Jess has slightly shorter hair at the front.

If you take a look at her hair versus her sisters, you will see she has layers at the front while Eve has her hair all the one length.

Eve’s hair parting is more to one side

While Jess tends to part her hair in the middle of her head, her sister Eve parts her hair more to one side.

This method of telling the girls apart only really works if they have let their tresses down, and might not work if they tie their hair up.

However, it is a good indicator of which twin is which if they’re not clung to the hot guys they’re in a couple with.

Love Island returns to Virgin Media One tonight at 9pm 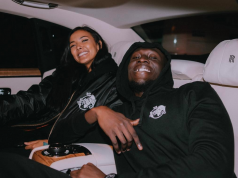 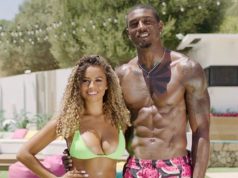