While controversy surrounded the show last year over technical difficulties, The Fall star said the awards are always important.

“It’s a big night and I am honoured to be nominated,” she told Goss.ie.

“I know there’s been controversy about the IFTAs before but I think it’s really important that we have something that celebrates home grown talent.”

And Aisling was a winner on the night, landing the gong for Best Supporting Actress in a Drama. 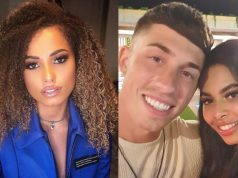