The 22-year-old spoke out about Connor’s behaviour towards his love interest in the villa.

The pair coupled up on the first day of the show, and since then Connor hit out at Sophie for expressing excitement at the news that two new boys were set to enter the villa.

Sophie threw her arms in the air and excitedly welcomed the news.

Connor pulled Sophie for a chat about the incident, but she explained she was only joking and winding him up.

She later told her fellow Islanders she felt she wasn’t able to have fun with her friends. 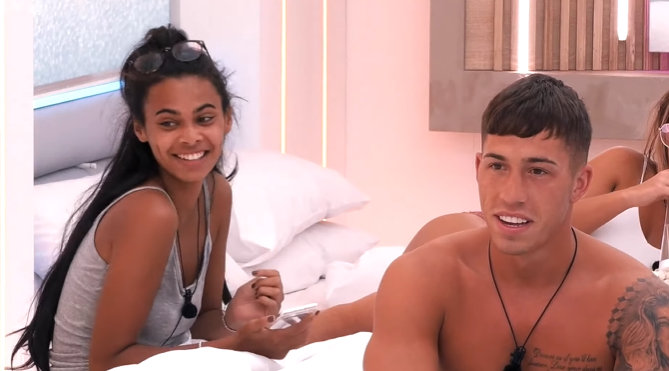 In an interview with The Sun, Amber revealed that she thinks Sophie needs to be careful with Connor.

“I do think that Sophie needs to be careful. What I saw from Connor was intense,” Amber said.

“He seemed like a control freak Sophie seems really sweet, so just needs to watch out, as she is a little bit vulnerable. I wouldn’t have any of that from him myself,” she told the publication.

Opening up about the other Islanders, Amber said she has a favourite in Leanne.

“I really like Leanne, she reminds me of myself when I was in there.”

“It’s so interesting seeing it from the viewers’ perspective.”
Amber won the show in August 2019 alongside Greg O’Shea.
Love Island returns tonight on Virgin Media One at 9 pm.