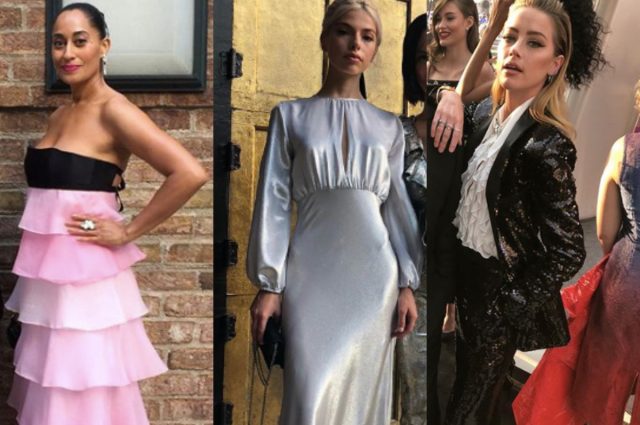 The CFDA Awards took place last night in NYC, and the guests pulled out all the stops with their outfits.

The biggest names in fashion were in attendance, and the award ceremony was held in the Brooklyn Museum.

Here are our favourite looks from the night:

#KendallJenner wearing the prom dress of my dreams at the #CFDAAwards. 💫

Kendall glowed in an Alexandre Vauthier Fall 17 gown, at the award show.

The model was there to support her half-sister Kim Kardashian, who was honoured with the inaugural Influencer award.

Naomi Campbell was honoured with the Fashion Icon award by the CFDA.

The supermodel turned heads in a vibrant red Calvin Klein fringe dress on the red carpet.

The plus-size model went for a classic cream gown by Vera Wang.

The mother-of-three joked that she was “shocked” to win the award, because she’s “naked most of the time”.

Gigi went retro in an 80’s inspired catsuit by Versace, which she paired with red stilettos.

The model went for gothic chique in a black lace gown from the Brook Collection.

The supermodel looked angelic in a white corset mini-dress by Thom Browne, and went for Swarovski eyes.

The Vice president of the esteemed fashion house donned a signature off the shoulder black Versace gown.

Kourtney Kardashian went for a Christian Siriano black velvet powersuit, which showed off her trim physique.