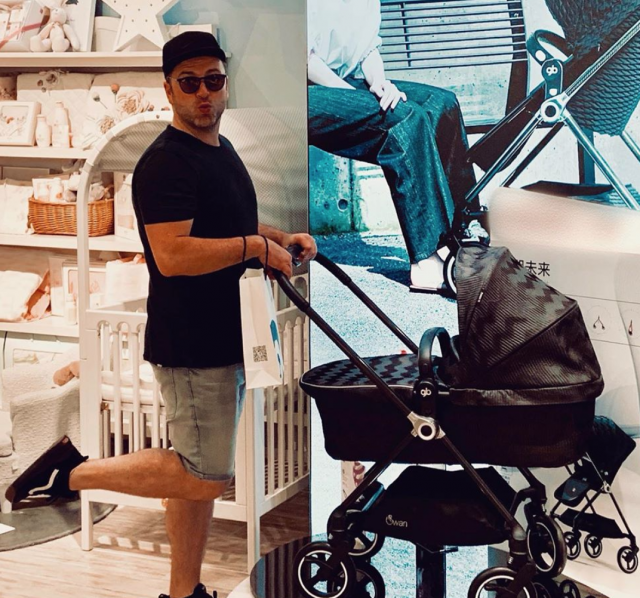 Mark Feehily has shared an adorable new snap with his baby girl, Layla.

The Westlife star and his fiancé Cailean O’Neill welcomed their first child via surrogate last month – and they’re besotted by their newborn.

Following his appearance on The Late Late Show last night, Mark shared a rare photo of him cradling Layla in front of an airplane.

On the Late Late on Friday night, Mark opened up about fatherhood for the first time.

He said: “I’ve been great. She’s fantastic, she’s really chilled apart from the occasional cry. I think people got quite dramatic about how hard it would. She’s just absolutely gorgeous. She’s really chilled.”

“Honestly the audience’s reaction is the same as the whole country’s reaction – nothing but love. I can’t wait to bring her up in this country. She’s definitely going to have an Irish accent growing up anyway.”

During Westlife’s appearance on the show, they performed a stunning rendition of Flying Without Wings, and dedicated it to the late Gay Byrne.

Speaking about the legendary broadcaster, Mark praised the presenter for bringing up his sexuality on TV years ago – back when it would have been considered a taboo topic.

He said: “I didn’t expect him to bring it up. But it was really lovely for him to acknowledge it, because for me he was like the grandad of Ireland, so he sort of spoke for a certain generation, and it was just very nice.”

“And he didn’t have to bring it up, but it was like he wanted to, and he wanted to be supportive.”