Tributes have poured in for broadcaster Marian Finucane after she died suddenly.

Stars have taken to social media to remember the RTE host, after the shocking news was revealed on Thursday evening.

Take a look at some of the emotional messages:

I am stunned and deeply saddened to hear of the death of Marian Finucane. She was a true broadcasting legend who reshaped current affairs radio. Ireland will miss her voice. Weekend mornings will never be quite the same again.

Shocked to hear the news of Marian Finucane's death. A constant radio institution and a radical voice of change in her day.

The airwaves won't be the same again.

Heartbreaking. Marian Finucane was a peerless broadcaster. The voice and heart of the nation for generations and a powerful trailblazer for women in broadcasting.

My heart goes out to her family and colleagues. A devastating loss for them and us.

I'm deeply shocked by the the death of #Marian Finucane. I was a guest on her show many times over the years. She was a total professional, a robust advocate for equal rights, a warm and calming presence in studio, and never shy of a little mischief too. May she rest in peace.

RIP Marian Finucane – you paved the way for so many women in journalism and broadcast. I was so honoured to have been interviewed by you on your radio show and you’ll always be a role model. Professional, warm and so smart. Love to your family at this time ❤️

Shocked to hear of the passing of Marian Finucane. Another broadcasting legend I grew up listening to. I always felt Marian was like the voice of reason. RIP. Thoughts with her family, friends and @rte colleagues tonight. #marian

So sad to hear this. A lifelong role model for me and undoubtedly many other female broadcasters. https://t.co/Lbiv1mgokO 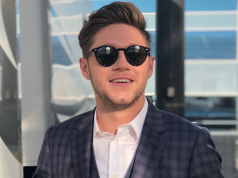