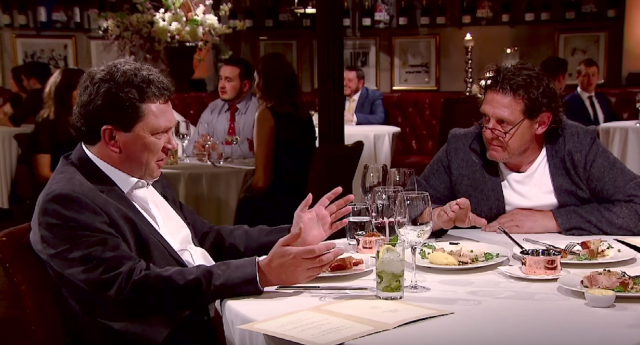 Tom Doorley has revealed that he’s decided to quit The Restaurant, as it has become ‘The Marco Pierre White Show’.

The food and wine critic announced the news in the Irish Mail on Sunday, and revealed that Marco’s domineering attitude and sexist remarks led to his final decision to leave the popular series.

“It was a gradual decision but I realised a few weeks ago that I was not going to be part of the next series of The Restaurant,” he wrote.

“It began to dawn on me after I had appeared on Bobby Kerr’s radio show on Newstalk FM back in the early summer and tried to explain to him what it was like working on television with a personality like Marco Pierre White.”

Tom went on to explain that everything changed after the death of Paolo Tullio, who was a regular critic on the show.

“It’s more the vast change that has been wrought in The Restaurant after the death of Paolo Tullio, from kidney disease in June 2015, that has got to me.

“At first, I suggested fellow restaurant critic Lucinda O’Sullivan as a replacement. She’s knowledgeable, fun, good company, and – this being the 21st century, for heaven’s sake – female.

“But no, the production company had bitten Marco’s hand off when he had – a little surprisingly – volunteered for the gig. He had been guest critic on a couple of occasions.

“And suddenly The Restaurant was transformed into The Marco Pierre White Show for series thirteen. We abandoned Wine Port near Athlone, where we had done the programme for years, and transferred to Marco Pierre’s restaurant in Donnybrook where he now took, quite literally, centre stage. (It’s not his restaurant at all, of course; it’s a franchise.)

“Where Paolo and I looked forward to essentially meeting for dinner and a chat with a guest critic, I and the guest were on the wings, presented as acolytes flanking Marco.

“On the first night of shooting he was so unbearable – contradicting, making lofty pronouncements, talking over the rest of us and never shutting up – that I told him ‘not to be so ****ing patronising!’ And I went back to my Dublin bolthole that night and wondered how I could get through five more evenings like that.

“Well, it was difficult. Marco is like a human vortex; when he has an audience, everything is in orbit around him and he will not take any direction from floor manager, cameraman, director or me.

“He became the key focus and would so dominate the conversation at the table as to exhaust me and, usually, the guest critic. Sometimes, indeed, he or she would be shocked into almost complete silence. Understandably,” he explained.

“The guest critic used to present the stars. Not any more. Marco didn’t so much hand them over on the closed card, he bestowed them.

“When it came to the last series, the fourteenth since we first appeared on RTÉ in 2002, Marco and I had got to know each other and had spent time together. I knew he lost his mother when he was six and realised that beneath that selfobsessed exterior there’s a kind and loyal man.” 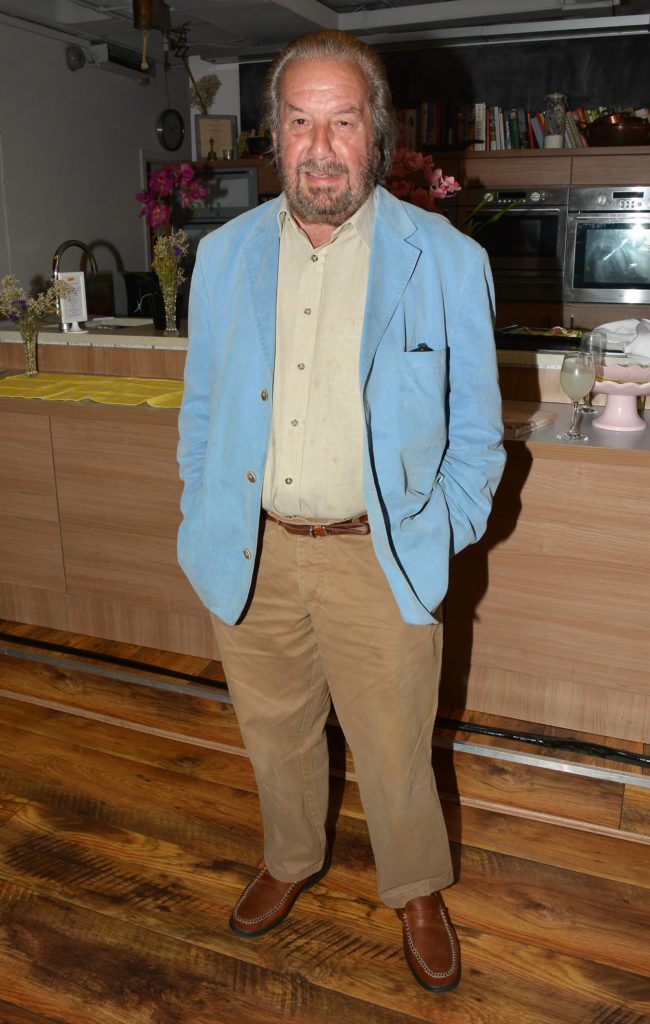 “But the exterior was the issue, or at least part of it. Marco was not the only problem. Sometimes in the past, the editing of the show would miss some of what we had said and it would, unwittingly, be implied that we had ignored something or got something wrong (which, of course we did, from time to time).

“In the last series, however, there was a deliberate edit to suggest that none of us had ever heard of the South African dish bobotie – although we had talked about it for ten minutes. And there were other examples that made the critic’s table look a bit out of our depth. This may be amusing, but it was underhand.

“It rankled, because I had always done my best to help the show and Paolo did too. When Paolo was in the early stages of his final illness and six weeks after I had broken both of my shoulders, we both soldiered through six recordings.

“When I was having spasms of pain, Paolo would keep the conversation rolling and when Paolo had one of his spells of exhaustion, I would jump in and carry on the talk.

“We did it for the fun and for each other’s company. We certainly didn’t do it for the money – €3,000 per series for the past few years and we had to fight to get a basic mileage allowance for travel,” he said.

“By series fourteen, it was clear that the show that Paolo and I had helped, in however a small way, to shape, was frankly beyond recognition.” 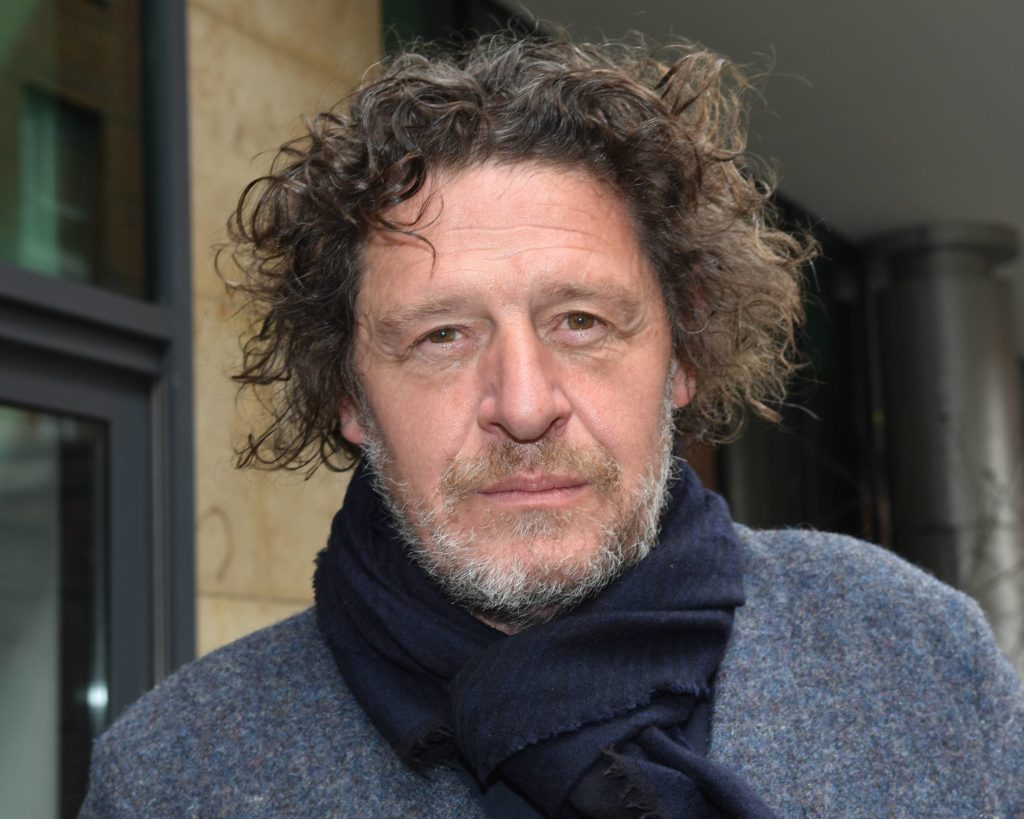 All about me: Tom says The Restaurant has become ‘The Marco Pierre White Show’ | VIPIRELAND.COM

“Marco’s dinosaur tendencies, such as his attitude to women and the fact that he refers to them as ‘birds’ made me feel that I had been cast back to the 1970s.

“When he told a young female guest chef – and I’m paraphrasing here – that when a woman cooks a certain kind of dessert for a man he gets an erection, I was sure I had misheard.

“When this gratuitous sexist sleaze made it into the edit for broadcast, I knew I no longer belonged in The Restaurant,” Tom revealed.

“My interview with Bobby Kerr had, I think, been interpreted as a kind of resignation letter by the production company. They didn’t exactly plead with me to stay. Perhaps they fear my tendency to speak out.

“Interestingly, in the course of that conversation there was not one word of acknowledgement for what I had contributed over the years. That was unsurprising. Paolo and I had long ago decided that we were taken for granted, and that’s sometimes the way in television. The fun we had together was our reward,” he said.

“What was also unsurprising was the warmth of the wishes and comments from so many of The Restaurant team when they heard I would be reluctantly leaving them. They are simply the best.

“Marco phoned me as soon as he was told. His thanks and good wishes were spontaneous and from the heart. I have come to like and understand him even if it would be dishonest for me to continue to work on what is now his very own television show,” he added.