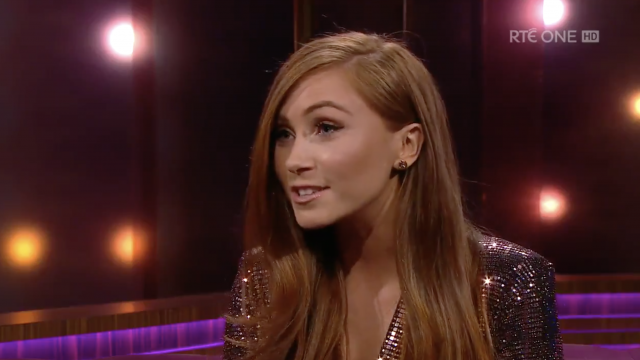 There was huge support for Irish blogger Retro Flame, as she made her debut on The Ray D’Arcy Show this weekend.

The Kerry native, whose real name is Erika Fox, was interviewed on the Saturday night show about her life as one of Ireland’s top influencers.

The New York based star opened up about paid content and why her followers still “trust” her to be authentic.

Viewers at home took to Twitter to congratulate the blogger on the appearance, with many saying they were happy to see her doing so well.

Lovely to see @retroflame on Ray D’arcy show @RTEOne sharing some of her experiences #NYC pic.twitter.com/G7LvTb0Eeo

‘I definitely say no more than yes’ is the exact reason I’ve been following @retroflame for the last few years – she’s genuine, honest and not just in it for the money 🙌🏻 #RayDarcyShow

I am so happy to see such a genuine, inspirational woman on TV! You look beautiful and you come across so well! @retroflame