TV3 star Glenda Gilson has spent the her weekend weekend in Marbella partying.

The former model was joined by close friends, including celebrity stylist Courtney Smith.

But her fellow Xpose presenters were nowhere to be seen.

Her hen weekend came a week after husband-to-be Rob Macnaughton also flew to Marbella for his stag.

The couple will tie the knot on August 29 at the Doonbeg Hotel in Co Clare, which Donald Trump recently bought.

Partying: Glenda soaks up sun in a bikini

Recently Glenda revealed that she plans to take Rob’s name but will continue using Gilson for work.

However she is still undecided on whether to invite One Direction pal Niall Horan to the wedding because of the craziness that would follow.

Hot in a bikini: Glenda on vacation 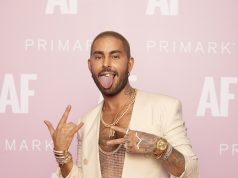