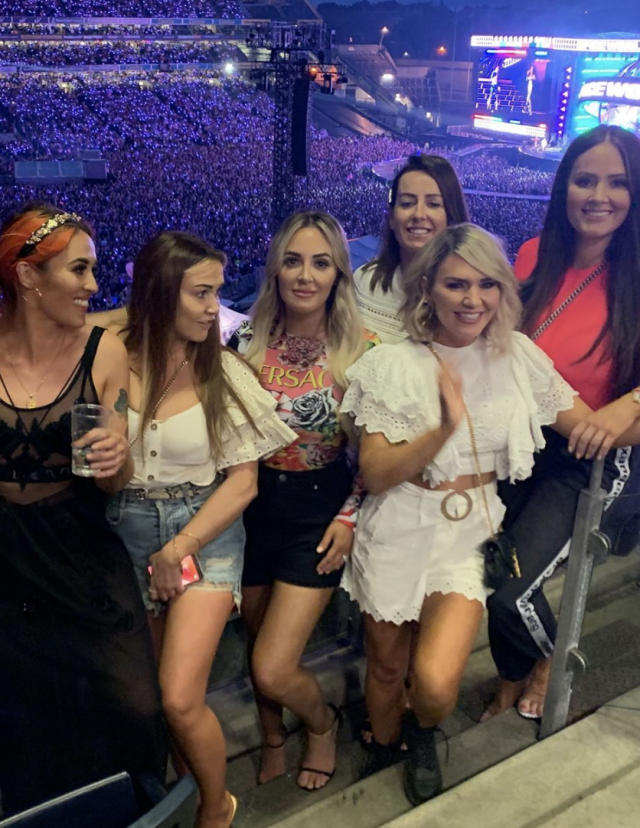 Dee Devlin has shared photos and videos from a girlie night out this weekend.

The mother-of-two has been relatively quiet on social media, since she and long time love Conor McGregor welcomed their second child in January, a daughter named Crioa.

In a rare move the Dubliner shared a fun night out with Conor’s sisters Erin and Aoife, as they partied at the Spice Girls gig in Croke park.

In the pics Dee can be seen sporting stylish Alexander Wang pants, white heels and an orange top, as she enjoyed the concert.

On Friday night Dancing With The Stars alumni Erin had shared a video dancing in a corporate box at Croker, with a bottle of Conor’s Proper No. Twelve Whiskey.

While the McGregor girls were out UFC star Conor has been laying low, after revealing he is in a cast after an “intense” sparring session.