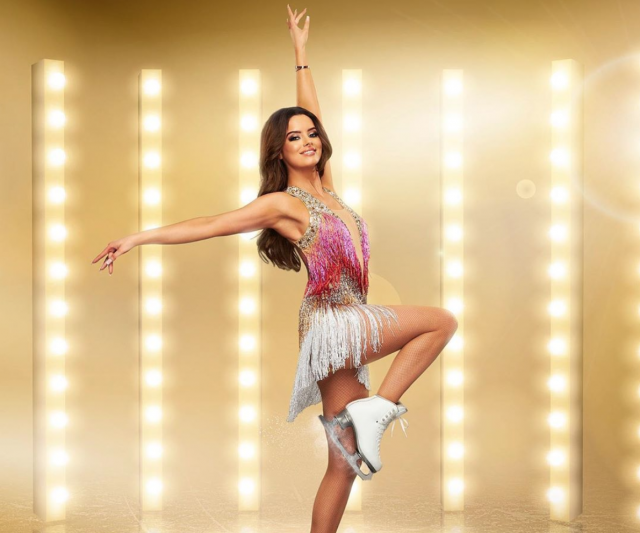 Maura Higgins will attempt a “very dangerous move” on Dancing On Ice this weekend, if she manages to nail it in rehearsals.

The Love Island star, who has made it to the sixth week of the hit ITV show, hopes to impress the judges on Sunday night as the competition is heating up.

Taking to her Instagram Story, Maura filmed herself wearing a helmet, and said: “Guys, I’m about to attempt a very dangerous move on the ice.” 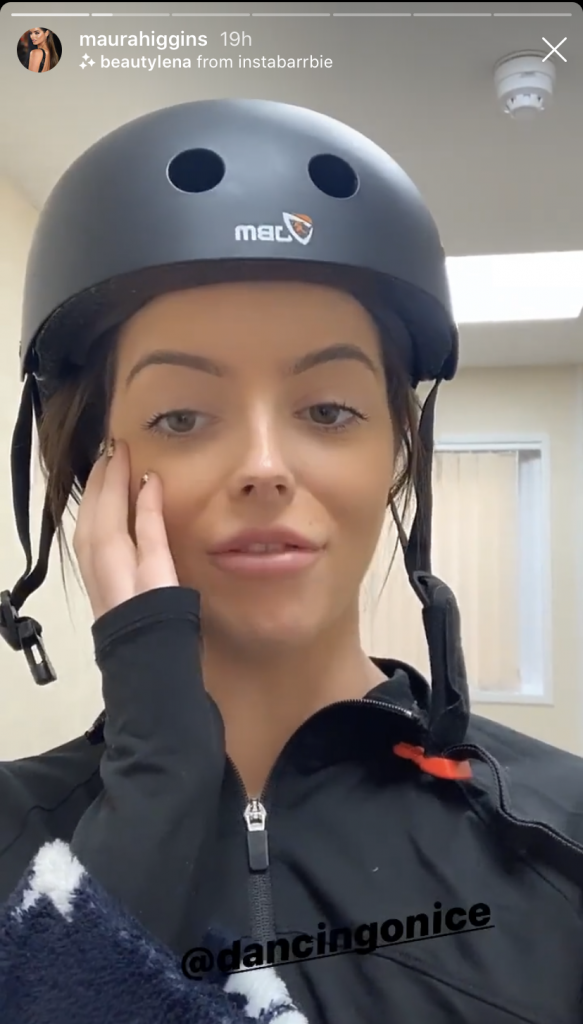 “They’re making me wear a helmet, because it’s that dangerous. God help me.”

“Hopefully you might see it on Sunday, if it goes to plan, but I’m petrified,” she added.

Maura and her skating partner are pulling out all the stops this week, as the Irish beauty could be in danger of elimination.

Lawrence Lyons, spokesperson for BoyleSports, said: “Maura Higgins now has the hopes of a nation on her shoulders after Kevin Kilbane skated off last week, but if the odds are anything to go by, she could slip out of contention completely this week.”

“Along with Ben Hanlin she’s in the biggest danger and she’ll need to get her skates on if she wants to stay in the hunt.”