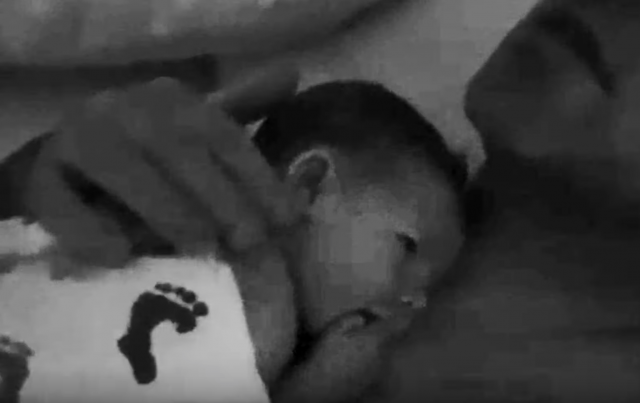 Mark Feehily has revealed the first glimpse of his baby girl in Westlife’s new music video.

The band released their new song My Blood today alongside an emotional music video, which features all of their children.

At the end of the video, grainy footage shows proud dad cuddling his baby daughter Layla, who was born via surrogate earlier this month.

Mark shares his newborn daughter with his fiancé Cailean O’Neill.

The song, which was co-written by Ed Sheeran and Steve Mac, is all about raising a family and protecting their children.

Speaking about My Blood, band member Nicky Byrne told The Sun: “Our families have been a big part of the comeback.”

“The kids were with us throughout the tour in the summer and it was amazing for them to experience everything with us. Having them feature in the video for My Blood is incredible. It is something they will always look back on.”