Hailed as the concert of the year, Lizzo stormed the Olympia theater stage last night.

The star tweeted with excited recently, after being made aware that a mural had been erected in her honour in Dublin’s city center.

The musician did not get a chance to see the mural on her trip to Dublin, as she was “sleeping,” but told Tracy Clifford on 2FM that she couldn’t believe someone had created one.

“I didn’t get to see it but everyone on my team got to see it and I saw it on the internet and I freaked out,” she said.

“I really want to see it before I leave though.”

The mural pays homage to Lizzo’s recent tour poster, which sees her lying in the nude and covered in glitter.

The mural, by artist and graphic designer Emma Blake, has receive huge praise from Dublin locals and Lizzo fans alike.

Lizzo may not have seen her mural, but she did take a turn around the grounds of Malahide Castle while visiting The Emerald Isle. 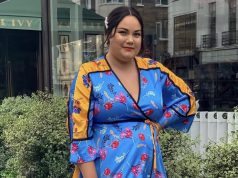 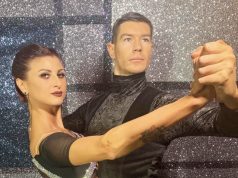