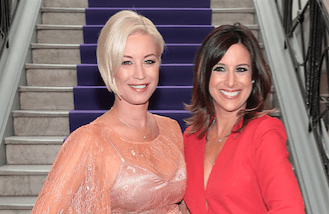 The line-up for Ireland’s Got Talent has officially been confirmed.

At TV3’s New Season launch today, it was announced that Lucy Kennedy will host the series.

Talent-seekers: The line-up for Ireland’s Got Talent has officially been confirmed | BRIAN MCEVOY

The series will air on TV3 in January for six weeks, with auditions starting this autumn.

The winner of Ireland’s Got Talent will receive a €50,000 cash prize, and their very own primetime Christmas TV Special.

Lucy Kennedy also chatted about her upcoming series of Living With Lucy, in which she will visit the homes of Daniella Westbrook, Katie Hopkins, and many more.

Speaking at the launch, Lucy admitted that she was, “scared, nervous and anxious” about living with Katie Hopkins – which she’s set to film this weekend.

Hostess with the mostess: Blind Date’s Al Porter hosted the launch – and questioned Lucy about her new series of Living With Lucy | BRIAN MCEVOY

The launch was hosted by Al Porter, who had the audience in stitches as he spoke about his new hosting gig on Ireland’s first version of Blind Date.

There were plenty of new shows and talent announced on the day, including The Tonight Show’s brand new hosts Matt Cooper and Ivan Yates.

The pair will replace Vincent Browne, who recently retired after a hugely successful broadcasting career.

Tune in to #TheDailyGoss at 5pm for all the highlights from TV3’s New Season launch, where we chat to Lucy Kennedy and Al Porter.

New duo: Matt Cooper and Ivan Yates have teamed up for The Tonight Show | BRIAN MCEVOY 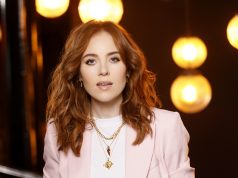