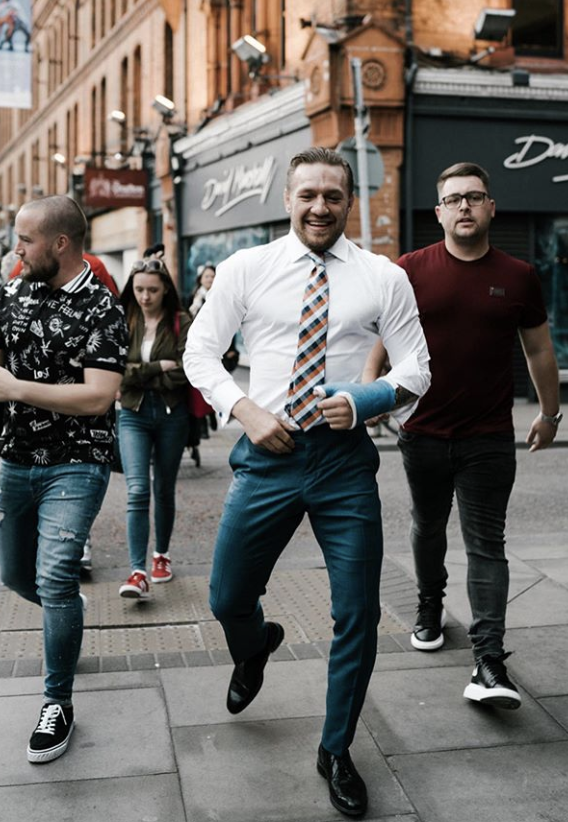 He may be in a cast, but that hasn’t stopped Conor McGregor from dressing up in style.

The UFC champion suited up to join his pals in Dublin this week, as he watched good friend Artem lobov beat Paulie Malignaggi in his Bare
Knuckle FC debut.

The dad-of-two stood out in one of his own August McGregor designs, as he walked the streets of Dublin with his entourage. 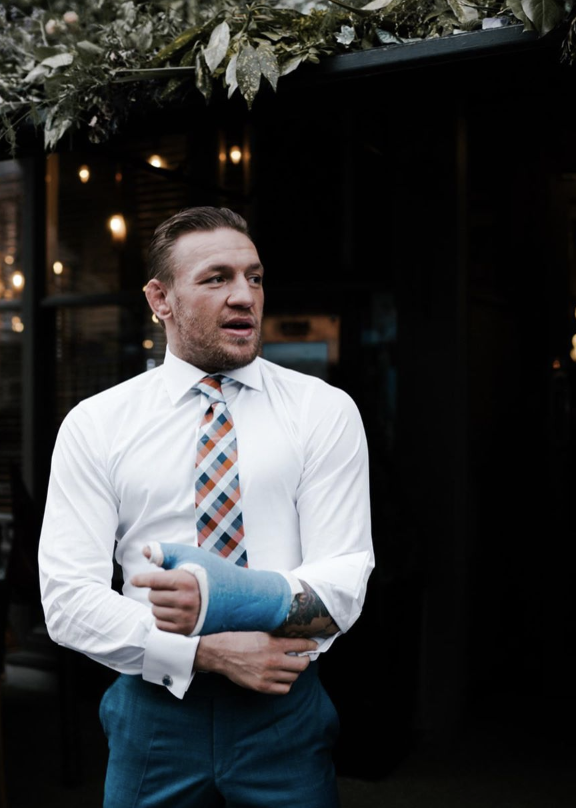 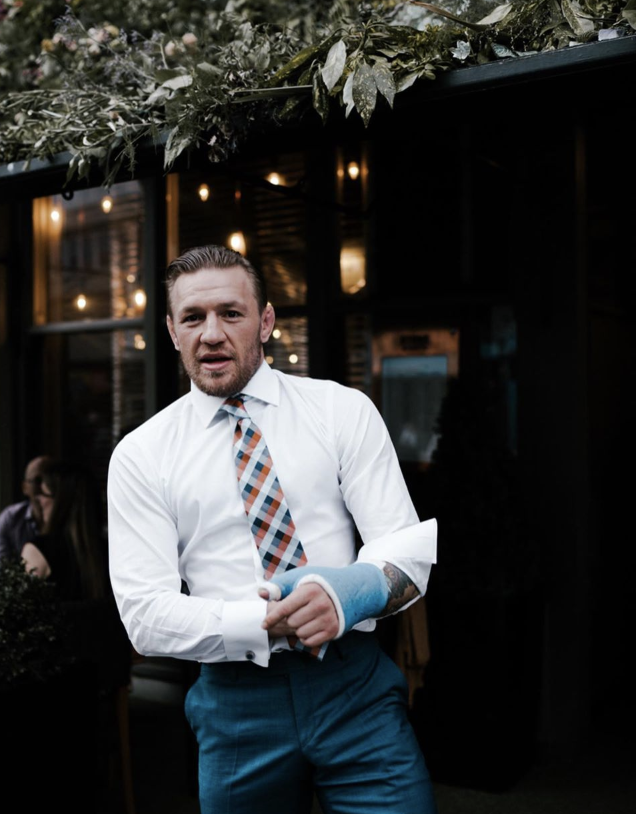 Of course the Proper No. Twelve founder brought was served his own label as he enjoyed the night in Dublin city.

Sharing photos on his Instagram page, Conor added a fire emoji as he tagged his two companies; August McGregor and Proper No. Twelve. 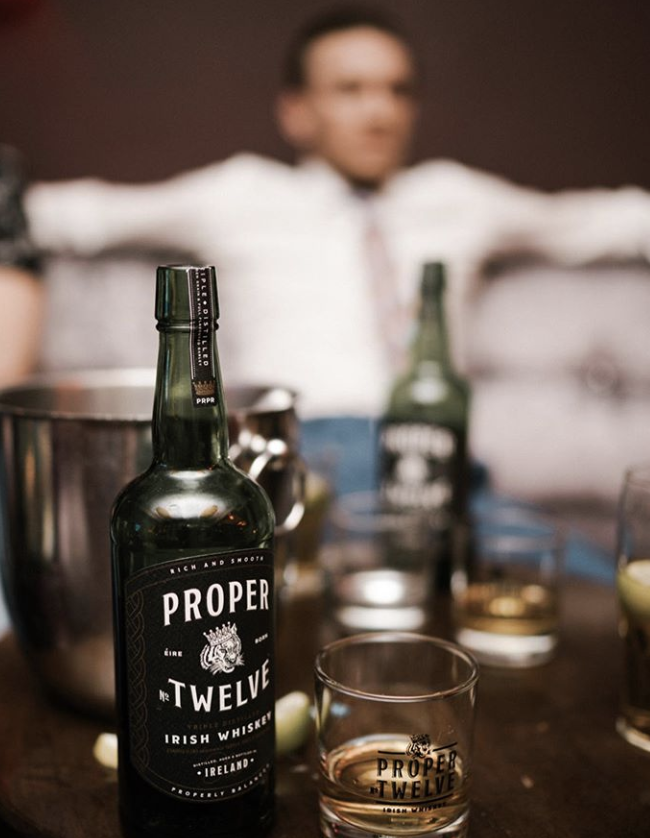 The night out comes after Conor celebrated his father Tony’s 60th birthday, by hiring out a private room in Dawson Street hotspot The Ivy.

While Conor is laying low at the moment, he is rumoured to be making his UFC return this coming November.