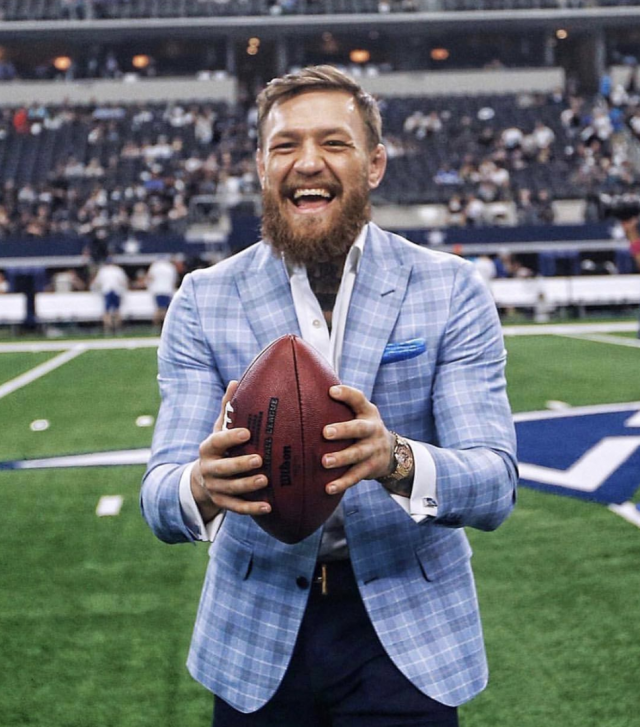 Conor McGregor has jetted to the US to attend the Super Bowl.

The UFC star jumped on a private jet with the entire family to attend the sports event of the year.

Conor, 30, was spotted on Kevin Hart’s Instagram story, fresh in a purple suit and he had his son Conor Jnr in a matching outfit. 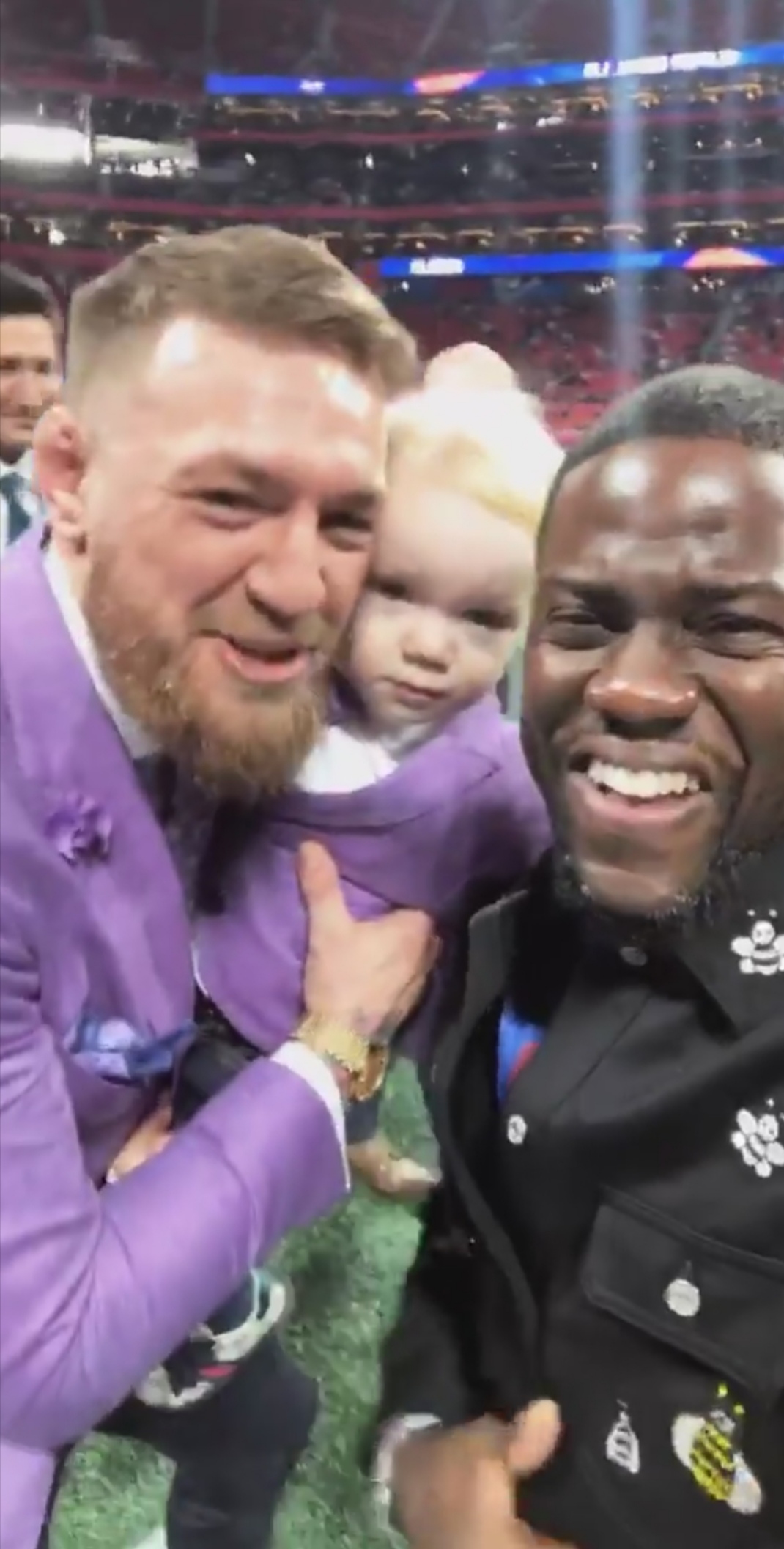 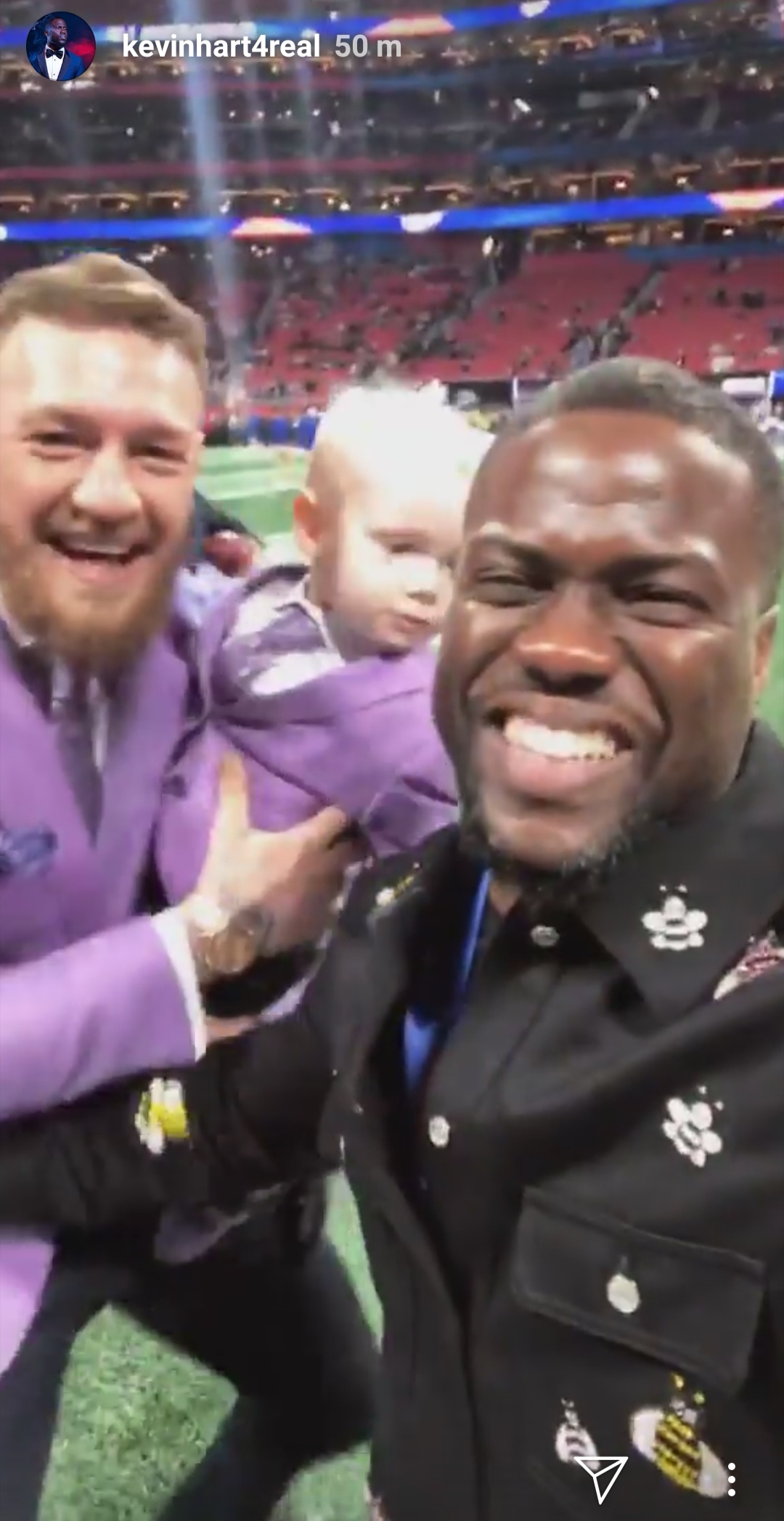 Junior even had a matching tie, as the pair appeared on the comedian’s Instagram story.

The official UFC Instagram page also showed photos of Conor and his son on the pitch.