The Queen was reportedly not impressed by one episode of The Crown.

Last year it was reported that Queen Elizabeth enjoyed watching the popular television show, but it seems that one particular episode did not impress her in the slightest.

The 92-year-old did not enjoy an episode called ‘Paterfamilias’ as it surrounded the plot of her and Prince Philip sending their son, Prince Charles, to Gordonstoun School.

While the mother-of-four’s son is shown as a victim of bullying within the episode, her husband’s character tells the teenager that he is “bloody weak” and this depiction of the family did not sit well with the Queen.

“She was particularly annoyed at a scene in which Philip has no sympathy for a plainly upset Charles while he is flying him home from Scotland. That simply did not happen,” a source told Express.

“The problem is that it is well written, well acted and lavishly filmed. Which makes it much worse as it perverts the truth – whole episodes are built around fabrications,” the source concluded.

The Queen is said to be a fan of the show due to her son and daughter-in-law advising her to tune in. 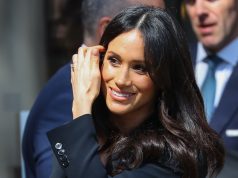