The couple, who have taken a step back from royal life, are expected to split their time between North America and the UK for the foreseeable future.

However, a source told E! News that the couple may want to spend a summer in California with their son Archie.

“They have started to look at homes online and are in the process of interviewing security teams,” a source told E!

“They are getting their ducks in a row and seeing if it’s logistically possible.”

“They’ve reached out to people in L.A. and would like to assemble a team of locals.”

The source added that Meghan has some criteria for the home that she may occupy if the couple choose to spend the warmer months in LA.

“Meghan would like to be able to do meetings at the house and also be able to host friends and entertain. Those are two things that are important to her,” they said.

Representatives for Prince Harry and Meghan Markle have been contacted by Goss.ie for comment. 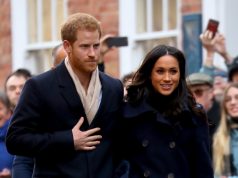