Cheryl is set to collaborate with Justin Bieber – after her beau Liam Payne set up plans for them to meet.

Last week, it was reported that Cheryl, who welcomed her first child with Liam back in March, is headed stateside to finally work on her fifth solo album.

And according to The Sun Online, the former X Factor judge has planned to meet with the Canadian singer to discuss a collaboration in order to relaunch her music career.

“Cheryl is set up to meet with Justin Bieber on her LA trip – to discuss finally doing that track together,” an insider said.

“Set-up by Liam – a big favour… Biebs has said ‘cool, let’s hang out and talk’ but he can be notoriously flaky – and ruthless when it comes to his music.”

As reported by The Mirror, Cheryl met with her label Polydor back in May – and is looking forward to getting back into the studio as a working mum.

“Cheryl’s got a longer US visa so she can go back and forth more frequently to the States. She hasn’t started working on the new album yet as she is still enjoying her time off with Bear.

“She’s loved their time together as she adjusted to being a mum and is still easing herself back into work. But she is looking forward to getting out there and starting recording. She still has ambitions as a singer and will be a working mum,” a source told the publication.

Cheryl hasn’t released new music since her 2014 album Only Human, which included hit tracks such as Crazy Stupid Love. 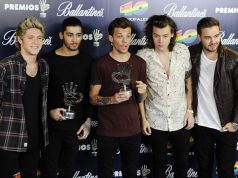