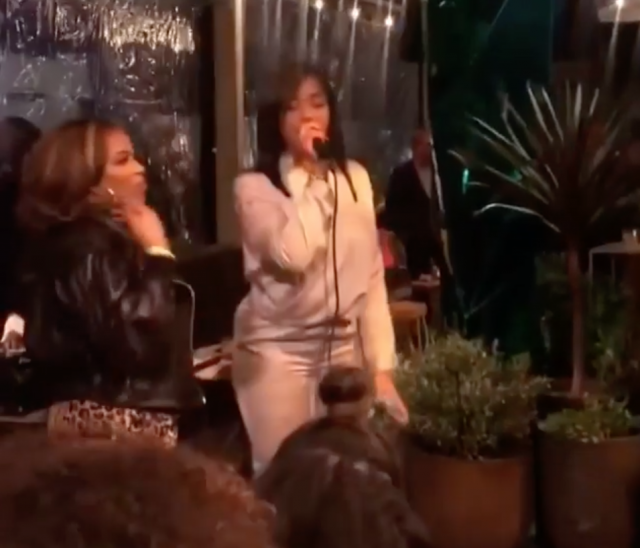 Jordyn Woods has broken her silence, as she attended her first public event since being accused of ‘hooking up’ with Khloe Kardashian’s baby daddy Tristan Thompson.

On Thursday night, the 21-year-old stepped out for the launch party for her new false lash range with Eylure.

Instead of avoiding the obvious, Jordyn shockingly chose to address the scandal during her speech at the event.

In a video which was uploaded to Instagram account Kylie Snapchat, Jordyn can be heard telling the crowd, “Through everything that’s been going on, you know it’s been real, and Eylure has been super real.”

Meanwhile, E! News has reported that Kylie Jenner has “completely cut off” Jordyn, over claims that she hooked up with Tristan behind Khloe’s back.

A source said, “As of yesterday, she has been completely cut off by Kylie and the family. Kylie’s life has been turned upside down as well. She feels like she never knew who Jordyn was.”

“Jordyn was a friend that Khloe confided in about her difficulties with Tristan and then Jordyn did this. The family won’t be forgiving.

“They have done everything to help Jordyn be successful on her own. They feel she would be nothing without them. It’s such a betrayal for them,” the source continued.

“Kylie pays for her entire life and she even bought Jordyn a car. Jordyn was on all of her vacations. Her whole family was invited to the Christmas party and Stormi’s birthday party.”

Jordyn has reportedly moved back in with her mom, and is said to be “devastated”.

A second source said, “Jordyn has tried profusely to apologize to Khloe, Kylie and even Kris [Jenner] several times since the news spread. She has reached out to Khloe multiple times trying to explain that this was a one-time mistake.”