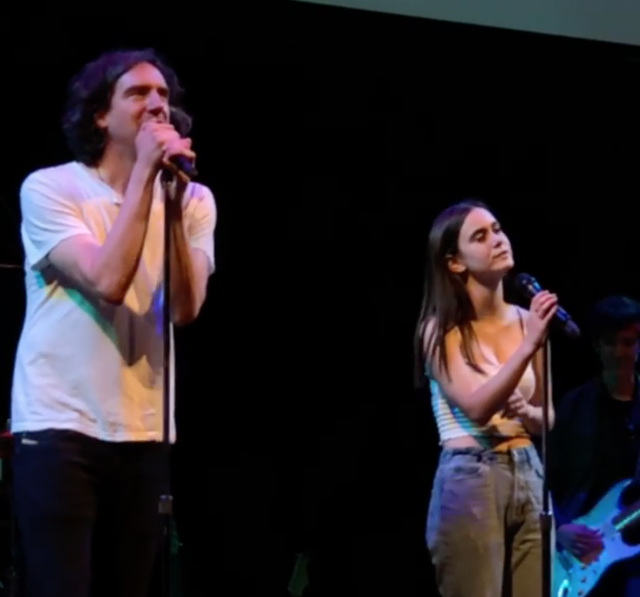 Courteney Cox’s daughter Coco Arquette teamed up with Snow Patrol’s Gary Lightbody to deliver an emotional performance at a charity gig this week.

The 14-year-old and the band’s frontman performed Chasing Cars at a concert in Santa Monica – which was organised to raise funds for paediatric cancer charity Chords2Cure.

Taking to Instagram, proud mum Courteney shared a video of their performance, alongside the caption, “I have overwhelming gratitude towards @garysnowpatrol for sharing his time to perform at @chords2cure.”

I have overwhelming gratitude towards @garysnowpatrol for sharing his time to perform at @chords2cure. I just love watching Coco and Gary sing together ♥️

“I just love watching Coco and Gary sing together,” she added, alongside a heart emoji.

Meanwhile, Chords2Cure said: “Crushed it! Thank you to Gary from Snow Patrol for rocking out with these amazing teens… helping to raise money and awareness for pediatric cancer research.”

Courteney is engaged to Gary’s bandmate Johnny McDaid, who she has been dating on-and-off since 2013.